I had never seen an orphanage before. Now I have. My parental mode of thought wants to be a father them all! I immediately feel overwhelmed. Still, I am glad for the life they have. It is a certain brand of stability and safety that in many ways, is enough. The infant room, sixteen on the floor or in arms or in bumble chairs, none with a home. Scratch that. They have a home, but no true mother and father. They have little resources and money, but lots of nannies. 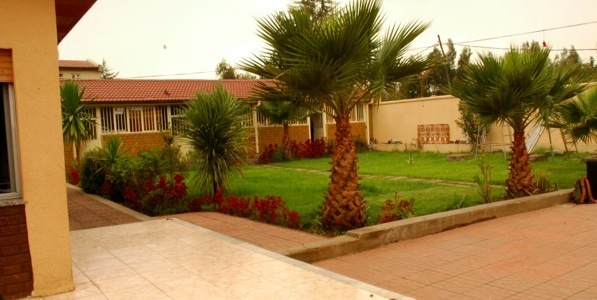 Regarding Abi: She put blocks together quickly into so many configurations, very fast like a soldier assembling a gun. She sang the alphabet. She sang the little “hide the napkin” circle game. She sang the little orphanage song about her friends who one-by-one go away forever. She knows she is the special one today. She gets the new shirt with the shiny crystal buttons. She gets the little plush teddy bear. She rubs it against her head. She approves. She calls the nurses “mommy”, including now her permanent mommy. She will fit in with our other kids really well I think. She and Seth can build tracks together and pretend to put dolls to sleep. She has enough punch to stand up to Cody! (Whew!) She and Natta can chatter too. In her next home though, we can axe the one orphanage song – none of the children will go away.

Later, I asked Solomon, who helps run the orphanage where Abi is living: Where do you find these orphans? Um, right across the street! It turns out there was a young boy living with a family in a shack across the alley from the guest house where we were staying. He says his parents are dead. Solomon is trying to figure out exactly who he is and where he came from so he can process the paperwork and get him sponsored by the Kingdom Vision aid organization. That was his agenda for that particular Thursday.

We met several Canadians who were adopting, aye? Some on the plane, some at the guest house and some at court. It sounds like the paperwork there is even worse than in the U.S. I later discovered the same was true for France and Italy.