Every word, every command, every affirmation, has an implied “No” alongside it. But unless the nature of the negative is also articulated with the word, (and it often is not), then the “No” comes wholly from the context – a context invisible to distant hearers and all but buried to readers centuries later. But the context was the shape the original message was poured into. It gives the word shape and meaning beyond it’s fuzzy interior. 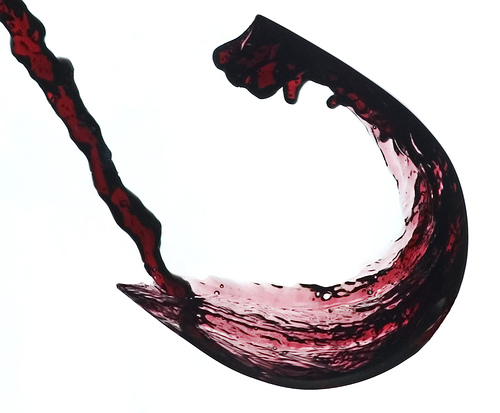 This is why it is important to know that when early Christians said, “Jesus is Lord”, it was also implied, “and Caesar is NOT.” If you were a farmer in early Mesopotamia, your temptation would be idolatry toward some agricultural fertility god. To say, “God is God”, or, “YHWY is God”, implied, “and Baal is not.” The word is the same, but the meaning is expanded in one direction or another. The same is true for us as well. When we say, “Jesus is Lord”, we must also add, “and the State is NOT.” The government, the president, congress, the judiciary – their power is highly limited. They cannot save us. They cannot do jack squat. They are not Lord. Jesus is.

Yesterday, my wife and I took all our children to the local science center. In one area are tables populated with brain-teaser puzzles. On of them asked to move one rectangular piece from a group of blocks to make a square. It seems impossible and I was stumped until my wife showed me the answer. The instructions for the puzzle contained a trick question. You assume that you are supposed to make a square with the pieces, which is, in fact, impossible. But a square can be made in the EMPTY space between the pieces when configured a certain way. This got me thinking about negative space – an idea used not so much in geometry as in architecture and graphic design.

This morning then, I listened to a sermon that dealt with the brief and rather vague instruction in Ephesians 6:4 to bring up our children in the “instruction of the Lord”. This was contrasted with the prevailing culture in the city of Ephesus (part of modern-day Turkey) at the time it was written. This is the context and any “do this” present has a “and not this” surrounding it, whether verbalized right then or not. Ephesus was subject to a strict Greek caste system and the exposing of infants was widely practiced. For those receiving this word, one of the first things to come to mind would have been to resit the temptation to infanticide. This may seem like the most ridiculous sort of no-brainer to us today, but they might think our own propensity to accomplish the same through abortive pregnancy of similar obviousness. But their context is not ours. Our modern age has raised egalitarian individuality as the chief sacred right. Disciplining our children, especially corporeally, is highly unfashionable right now. It was rarely this way in the past and will not be again some day, but for us right now, this is our temptation.

The Bible doesn’t work as a manual for parenting or marriage or business or much else because so much of  the really useful advice is implied from the negatives of the context. We don’t have that information – nor would it actually be that helpful if we did! What we need is wisdom to figure things out on our own – both individually and in community. You know what he says about wisdom:

If any of you lacks wisdom, he should ask God, who gives generously to all without finding fault, and it will be given to him. (James 1:5)