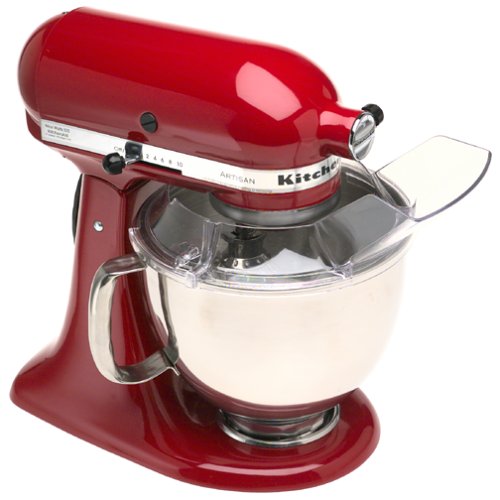 I’ve explored this topic before here:
What is an acceptable level of syncretism? (Mixing folk religion)

syncretism – noun
1 the amalgamation or attempted amalgamation of different religions, cultures, or schools of thought.
2 Linguistics the merging of different inflectional varieties of a word during the development of a language.

All religious practice is syncretism. Really. Its participation is by human beings and human beings mix things up, group them, categorize them, and cross-pollinate ideas CONSTANTLY, whether they are thinking about it or not. People that talk about how their tradition is free from syncretism are talking nonsense. This time of year, some folks like to point out how putting up a Christmas tree is syncretism since it has pagan origins. Who cares? Everything you are doing probably has some sort of origin outside of the most ancient orthodoxy you can dig up, or outside of the accounts of scripture.

Why do we sing 4-part harmony? Why do they play guitars? Why do we meet in a building with pews? Why do we pray before meals? Why do we light candles? Why do we place our hands on a bible to swear an oath? (Aren’t we not supposed to swear oaths?) Why do we have an American flag in our sanctuary? (Or another flag for that matter, depending on where you live.)

Why do some Christians pray to Mary and always call her The Blessed Virgin Mary? Why do some absolutely insist on using a particular 17th century English translation of scripture (1611 KJV). Why do we meet on Sunday? Why do they meed on Wednesday night? Why do we try to get our kids married young? Why do they do the opposite?

(At a Christmas festival in Ethiopia) Wow, those people play trumpets when they worship God! Cool. God is worthy of trumpets. It’s really simple though – just long blasts. Are they real musicians? Maybe that’s all they know.

(At a church in Texas) Hey, there are some more people playing trumpets to worship God! Cool! But why are they playing old 70’s funk licks? I mean, I hope God likes that. But maybe that’s just all they know too. OK.

All of this is an overlap of culture with metaphysical spiritual truth. We are humans – made in His image and we can’t get ourselves out of our thinking and acting and living. It’s like trying to see your own eyeball and then make sure you have a theology that gets rid of the eyeball but keeps the seeing. You can’t do that. You are who you are. You are your parents blood, and your grandparents. You are your country and your education and the air you breathe and the food you eat. You are everything you know, and some of it, maybe more than you know, is by Revelation – not something you can put your finger on if you were to study it.

Syncretism is always denounced as heretical. This is just, but do we know what we are talking about? African charismatics are accused of mixing in old animist folk superstitions into their Christianity. Is this happening sometimes? Absolutely, maybe even really badly in some place. Is there any way to make it go away completely? No. Not unless you wipe their memory, take them away from their families and ship them to the moon in a space pod. Good luck. God works with us right now where we are, whether fearful or greedy or broken or more sound than not.

Christians in the middle east and north Africa might have developed some bleed-over in their culture from Islam. How could they not? If the presence of crypto-Christians in these countries is even half true (and I think Jenkins and other folks do a good job of arguing that it is), then it is impossible for this not to happen.

American Evangelicalism has absorbed all kinds of uniquely American ideas – rugged individualism, civic religion, etc. The church in the U.S. has been shaped by its immense wealth and its immense size. A community on the great plains HAS to look substantially different than one in a city on the coast. We have both and they are over a thousand miles from each other, but we are family. That situation is different from many other places on earth. This context is not without consequence.

There is all kinds of evidence that the extreme veneration of Mary seen in especially Latin America is syncretic of old forms of pagan goddess worship. This sort of thing is nowhere to be found in the official Catechism – in fact it is denounced. Yet it persists on the ground level because it is deeply ingrained in the psyche of the people there – from mother to daughter and more.

Does God just really really hate this stuff? (He says so very strongly in some places.) Or does he just roll his eyes and love us silly people anyway? Even while we were (rebellious!) sinners, Christ died for us. Surely he also died for the stupid sinners too.

So is there any value in drawing lines of orthodoxy? I believe so. I think the Apostles Creed and the Nicean creed and the cannon of scripture are very useful lines to draw with a sharpie. I am not as excited about larger documents like the Westminster Confession or the Roman catechism. Those are good documents for robots and mythical super saints, but not for stupid people like me and just about everyone else.

We cannot escape syncretism. We are doing it right now with (fill in the blank) tradition or cultural practice. And that is just fine. But that is also a FANTASTIC reason to be always reforming (ecclesia semper reformanda). Ideas have consequences. The love of Christ can be obscured or amplified by all the things we do day-in and day-out.

If we listen to the holy spirit, we will slowly, over generations, keep the noise down and let our hearts be shaped to make our thought sharper and truer but our speech and hands more graceful and less bloody. We will not cease to be our own people though. Jesus came to save people of ALL these nations and at least for the foreseeable future, they stay people of these nations, regions, etc. The plant and animal kingdom is wildly varied. I do not believe that God made Adam and Eve to be parents to a monotone race. What that means is that our relationship to God is always going to look a bit different across the spectrum. And He takes joy in that. (How else could David and Peter and Elijah and Paul all be God’s men?)

We are always going to be be mixing things up a bit too much, but love covers a multitude of sins.

Disclaimer: I am not advocating syncretism – just the opposite in fact. But I am advocating reformation with patience.