An intelligent or intellectual book this is not. The whole first chapter is, what else? His personal testimony. “I thought I had it figured out but it was all fake. Now I’m tellin’ the truth!” Really? Sounds like more of the same. I mean, I’m glad you’ve found Jesus and all. I think understanding his grace and learning to fear God is the beginning of wisdom, but that doesn’t mean any of the next things you are about to say is worth listening to. How about I judge that by it’s own merits? If your reasoning is good then I will consider it. If it is weak, I will dismiss it. I know that what you say and believe and work toward are inseparable from you as a person, but understand that I AM NOT YOU. Your work must stand on it’s own. I don’t want to hear about YOU unless it’s directly relevant to your work. A true writer or artist doesn’t need to talk about themselves all day. Their work says everything far better than they could.

The book, published in the early 1980s is a couple hundred pages trying to prove in a quasi-scientific manner the historicity of the resurrection of Jesus. You’d think he might cite Josephus at least once. Nope. It’s just the four gospel accounts mixed with commentary from very contemporary psychologists and law professors. The whole of Church history – what everyone, everywhere, has believed about the resurrection for two-thousand years – there is no mention of those things at all. I was curious so I looked up some things that Augustine had to say about the resurrection. All kinds of great stuff, but it’s completely off his radar. Practically everything except the last 50 years of American evangelism might as well not exist. It’s like the church started with him and Jesus in nineteen-seventy whenever when he got saved in college. Parents don’t matter. Elders don’t matter. Great thinkers and saints of the past don’t matter. Despite the assumed conservatism, what could be more liberal and hyper-independent than this myopic self-centered narrative? “It’s ME. I’m the center of the universe. Let me try to impart some of ME – it’s all I got!”

This book drove me nuts. This stuff can’t stand up to criticism AT ALL, and in the 21st century west, your faith NEEDS to be able to stand up to criticism. This is not terribly hard really, but not any old thing will work. I suggest you skip Evidence that Demands a Verdict and it’s ilk. Instead, read just about anything from C.S Lewis (including his fiction), or N.T. Wright’s Simply Christian, or if you find biographies more engaging, The Hiding Place by Corrie ten Boom. Better yet, read the gospel of John again and ask God to change your heart.

So, sorry to say mean things about your book Josh. I know you’ve been real successful as an author and speaker and that a lot of folks have found your work helpful. That’s great. I just think we really need something better, and fortunately, we have it. Maybe your new material is better. Probably is. Not sure if I’ll get around to it though. Peace out.

The United States presidential election is in two days time. The bulk of my thoughts on the two candidates is along the lines of what Brad Littlejohn says here.

In the meantime, this is about all I have to say. 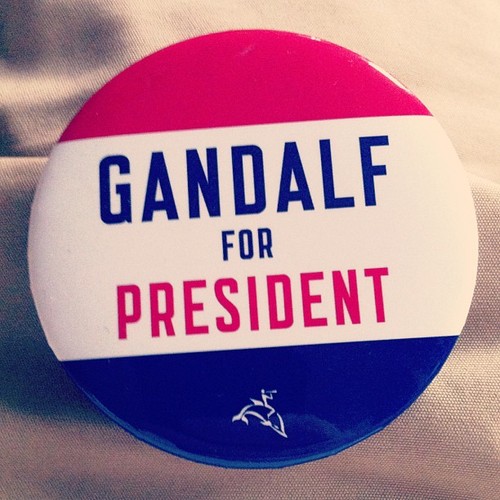 NPR had a long piece a few days ago on the death the conductor Georg Solti. The person being interviewed went on and on about the uniqueness and “power” of his performances. They played lots of clips. My thought was, “I can’t tell what the heck they are talking about and frankly I listen to a lot of classical music, so I bet most other people can’t tell either.” That may be true, but it bothered me the rest of the day that in all the years I had spent listening toand performing music, I had almost nothing to ground myself in when it came to trying to figure out who was conducting an orchestra just by listening.

I have spent countless hours paying attention to individual performers. Recording quality and styles something I’ve been aware of for a long time. I can always tell when Itzhack Perlman is on the radio because his Stradivarius violin sounds kind of strange – unusually delicate. I can tell when Pablo Casals is playing or Andrea Segovia (way too much rubato), or Angel Romero (way too fast). I know what Wynton Marsalis trumpet sounds like. (Bell tones. Good classical, mediocre jazz). You can always tell if a symphony recording is older than about 20 years (you can barely hear the bass violins). Etc. I’ve spent a lot of years paying attention to this stuff. But the conductor? I’m completely lost. I can’t tell one from the other.

So I stared to pay attention. Only a few days later, I heard the third movement of Beethoven’s 5th on the radio – great stuff of course. On this performance though, when the french horns came in, I was jarred. They were WAY overblowing as loud as they possibly could. The tone was blaring and buzzy and unstable. Pretty cool, but also unconventional. Now wait a minute. No brass player would EVER get away with blasting like that. They would get chewed out and told to play a nice solid forte. There is no way that just happened on its own. Then it hit me. THE CONDUCTOR TOLD THEM TO DO IT. And most conductors wouldn’t. Here is something unique about this performance right here that comes from the silent man holding the baton.

I stayed in the parking lot at work and waited for the piece to finish and for them to announce who it was. Turns out it was Georg Solti.

I couldn’t find that particular performance on YouTube. This one is pretty good though.

Modern science seems to often function as a means of cutting ties with our sires. We use psychology to explain how we think in a self-contained way instead of pointing to what our parents and grandparents taught us in pattern. We are children of God, sub-gods and sub-creators ourselves, but we have hated Him and hated his title for us. So we have expanded our study of chemistry and living cells along such a path as to self-define ourselves as something uncreated. “I think therefore I am”, but when I stop thinking, I stop being. From my own thought I came from and from my own thought I will return – a meaningless material existence, except for the temporary meaning I fabricate for myself as I tweet, “New season of Game of Thrones starts tonight! #booya”.