People naturally organize themselves into families, tribes, cultures, nations, etc. based on commonality- friendship, shared goals, shared beliefs, shared loves, and above all, shared dirt – geography. Political boundaries reflect this properly to the degree they are not manipulated by outsiders with money and power. An empire may be made by conquest, but it is still a collection of individual peoples. A nation-state though, purports to be a unity. What it is in reality though can vary widely. Only distant Europeans could have created the modern state of Iraq – a place where Sunnis and Shiite Muslims are thrown together to pretend to get along. Even the Kurds in the north get a piece of the action – like someone invited to the wrong party who spends the whole time playing with his smartphone. Syria is an even more artificially diverse state these days. That is why their civil war there is shaping up to be just about endless. America is often spoken of as some sort of great “melting pot” where distinctions melt away. Perhaps they have melted away here more than in any other previous large nation in history, but the heat is not nearly as total as some people assume. There are still some large solid chunks floating around in the pot – chunks that may be plenty happy to be scooped out on their own.

Reading the history of the last 500 years of Ethiopia has been something of an eye opener for me. I never realized how tribal and natural many of the borders have been for most of its long history. Border maybe isn’t the right word for it. Where in the south does Ethiopia stop and Kenya start? The people gradually change their identities over hundreds of miles. Families mix. Religions mix. There are no lines – it’s all blur. Sometimes the lines are hard. The red sea divides Ethiopia from Yemen and nobody even pretends like they could be part of the same club. Cultural differences are stronger along the Sudan border in the northwest as well. It hasn’t changed much in a millennia. The other borders though? Like the one with Somalia? All over the place. Just about every generation it changed. Actually, what it did was just remain fuzzy. It had always been fuzzy.

So why, when you look at a modern globe are there all these hard lines between every nation – thick boldface borders? Western colonialism is the answer. The British and Dutch and French and Spanish pushed and pushed and pushed to try to grab and rule as much as they could. And they wouldn’t take fuzzy for an answer. Everything fuzzy could be dominated and taxed by a European garrison and magistrate. So Africa was forced to chop itself up into hard-edge shapes to assert itself against the modern political scientists. Modern Ethiopia is really three very different people groups – The Amhara in the north, descendants of the ancient Abysinnian Empire (from Bible times), the Oromo in the west and south – a tribal and pastoral people with maybe more in common culturally with rural Kenyans or Ugandans, and the Somali people in the east. To this day, much of the country resents and resists the official Amharic language and the few metropolitan centers, such as Addis Abeba stand in contrast culturally to the rest of the country. The Orthodox church also hails from the north and has only ever made limited influence in the areas outside of the old empire, geographically. Christianity in these regions is much more syncretic and literacy is low. The modern country of Ethiopia came into being in the late 1800s. It’s all still there – glued together better than many African countries actually. But why should it’s borders not still be fuzzy? We don’t let it. We in the west need clean passports, clean currency, clean trade agreements and high-contrast maps.

The United States has stayed glued together for nearly 240 years. Every couple of election cycles, Texas starts making noises about striking out on its own. I don’t think we’ll actually see any of that any time soon, but I have real reservations that some our state borders can stay intact another 240 years. Some of them are just far too contrived, phoney, and short on meaning to the people that live on them. Some day, things will change. It may take another century for our population to become dense enough that some of these cultures can reach a local critical mass. Still, everything necessary for them to do so is already in place. People want to rule themselves. When the capital is one thousand, or even three thousand miles away, more than a few people start to feel like their on a long chain, no matter how fast their internet connection is.

Things change. Northern Ireland, according to a recent report, maybe now contains a Roman Catholic majority. Ethiopia has not been dominated by Islam like nearly all the rest of northern Africa, but it’s more a factor today than ever before. Here in the U.S., people point to maps of “red” and “blue” states or discuss the conservative “bible belt” or liberal New England. Still, we are melted enough for now.

From Victor Hugo in 1847, after the death of his daughter.

each man on the bench who had sailed with Beowulf
and risked the voyage received a bounty,
some treasured possession. And compensation,
a price in gold, was settled for the Geat
Grendle had cruelly killed earlier –
as he would have killed more, had not mindful God
and on man’s daring prevent that doom.

Asleep by the bench at the mead-hall I lay, minding my own business. Why such wanton killing and why only me? What did I do wrong such that my name is not even remembered? As if any amount of gold could cover my loss of life. My captain knew my name and grieved at my death, though none saw it. He went on to immortal fame while I languished in a pool of blood, my flesh in the belly of a monster. I was originally excited to beam down to this exotic local. Our ship was strong on the waves, I was thrilled to tag along. Now I wish I had stayed home. 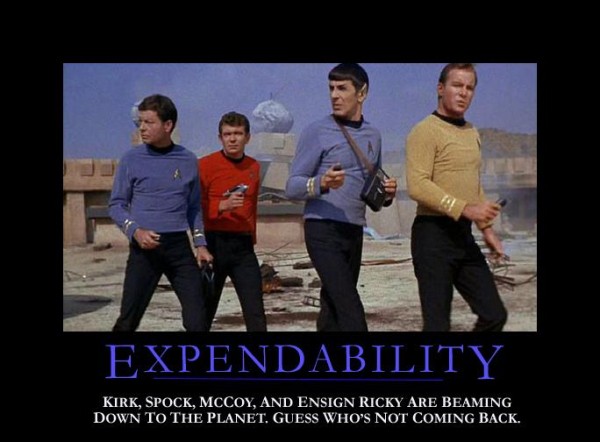 Cain’s clan, whom the Creator had outlawed
and condemned as outcasts. For the killing of Abel
the Eternal Lord had exacted a price:
Cain got no good from committing that murder
because the Almighty made him anathema
and out of the curse of his exile there sprang
ogres and elves and evil phantoms
and the giants too who strove with god
time and again until He gave them their reward.

So we take monsters, but give them an Old Testament back story. This sort of mixing of folk beliefs with the Biblical narrative reminds me of Lewis’s “redeemed paganism”, featured throughout the Narnia Chronicles. It’s no stretch at all to say he is doing the same thing the Beowulf author was doing with his story.

Here, in the introduction to his Beowulf translation, Seamus Heaney discusses the history of words and their subtle transfer of meaning. Owen Barfield expands on this sort of thing a lot in Poetic Diction. The last sentence here is magnificent.

In my first year at Wueen’s University, Belfast, we were lectured on the history of the English language by Professor John Braidwood. He could not help informing us, for example, that the word “whiskey” is the same word as the Irish and Scots Gaelic word uisce, meaning water, and that the River Usk in Britain is therefore to some extent the River Uisce (or Whiskey); and so in my mind the stream was suddenly turned into a kind of linguistic river of rivers issuing from a pristine Celto-British Land of Cockaigne, a riverrun of Finnegans Wakespeak pouring out of the cleft rock of some pre-political, prelapsarian, ur-philoligal Big Rock Candy Mountain – and all of this had a wonderfully sweetening effect upon me.

As a general rule, people are always more complicated than you think. Their motives are mixed. They don’t know what they want or they don’t (or often can’t) articulate what they want or why they do things. They can explain some of it, but many factors are just assumed. This is of the chief challenges of studying history. To boil people and events down to something we can categorize, or at the very least, write about in under 1000 pages, we have to throw some of the mix out. A bunch of it probably got thrown out before we even got a chance to study what happened.

This is one of the conclusions I’ve come to in the past month in reading several history books on Ethiopia. This is an exemplary passage that is at least aware of what I’m talking about here:

These facets of European interest in Ethiopia – the commercial, the official, the missionary and the scientific – were very much interconnected and reinforced each other. The scientists were not disinterested academics, but often engaged in political affairs. The missionaries enjoyed moral, and sometimes material, support from their states. Both missionaries and those who came on official missions dabbled in scientific or pseudo-scientific studies of the country. The missionary Krapf was actively involved in the negotiations from the treaty between Shawa and Britain. Sir George Annesley, who had come to Massawsa with the aim of conducting botanical and geographical investigations, readily engaged in exploring ways of promoting trade with Ethiopia. Nor was missionary activity totally divorced from commercial matters. Proselytization, it was hoped, would promote trade and capitalism.

Is this different today? Some, in the sense that Christianity is effectively divorced from the state in the west now. In fact, the defacto secularism of the state often serves to inhibit missionaries instead of aid them. At the same time, do big oil companies hold sway over the west’s foreign policy in the middle east? I don’t think anyone would argue that they don’t. The question is one of degree, ranging from “mild” to “puppet”. Religious conversion and conquest went hand-in-hand when Spain and Portugal took over much of Latin America. I think some people think the same thing continues to go on today. I agree, but with a twist. Before, God was at least given lip service, even if many of the players were in thrall to Mammon. Now, Mammon is definitely in charge, and his name invoked sacredly (economic development) on nearly all the mission statements.

Stop sinning! Pray more! Read your bible more! Support 947 charities! Raise perfect children! Never have health problems! Work hard! Harder! Harder! But still spent tons of time with your kids! Don’t be materialistic, but have enough junk that you don’t look weird! Be unique! Blend in! Teach your kids Latin! Teach your kids Spanish! Teach your kids to play an instrument! Have friends! Read books, or your brain will rot! Eat healthier! Spend less! Look less conservative! Look more conservative! Work with the homeless! Keep your hair short and your nose clean! Wipe your kid’s nose! Keep all your appointments! Attend every meeting! Don’t swear! Drive under the speed limit! Be punctual! Mow your grass! Eat the leftovers! Be a fun parent! Make something of yourself! Be willing to grow! Change the world! Give your spouse good sex! Appreciate art! Perform music! Work out or run every day! Watch less TV! Clean the toilet! Be successful! Be humble! Go to prayer meetings! Go to church! Serve at church! Cut your nails! Stay off the Internet! Wear matching socks! Worship more! Control your thoughts! Don’t screw your kids up! Love the jerk at work! Tithe! Get enough sleep! Clean the cobwebs! Do the dishes! Wash the car! Know what you believe! Put the toilet paper on the holder!

My wife made this list on a whim during a recent discussion. It’s pretty darn accurate.