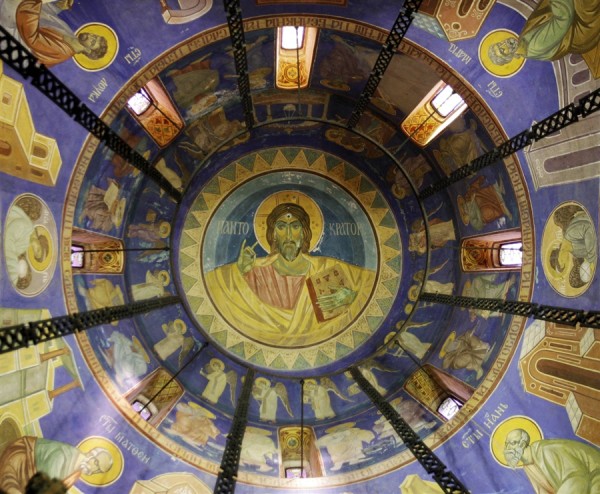 In psalm 72, Solomon writes of the coming just king. But the nature of his empire unusual.

Give the king your justice, O God,
and your righteousness to the royal son!
May he judge your people with righteousness,
and your poor with justice!
Let the mountains bear prosperity for the people,
and the hills, in righteousness!
May he defend the cause of the poor of the people,
give deliverance to the children of the needy,
and crush the oppressor!
May they fear you while the sun endures,
and as long as the moon, throughout all generations!
May he be like rain that falls on the mown grass,
like showers that water the earth!
In his days may the righteous flourish,
and peace abound, till the moon be no more!
May he have dominion from sea to sea,
and from the River to the ends of the earth!
May desert tribes bow down before him,
and his enemies lick the dust!
May the kings of Tarshish and of the coastlands
render him tribute;
may the kings of Sheba and Seba
bring gifts!
May all kings fall down before him,
all nations serve him!
For he delivers the needy when he calls,
the poor and him who has no helper.
He has pity on the weak and the needy,
and saves the lives of the needy.
From oppression and violence he redeems their life,
and precious is their blood in his sight.
Long may he live;
may gold of Sheba be given to him!
May prayer be made for him continually,
and blessings invoked for him all the day!
May there be abundance of grain in the land;
on the tops of the mountains may it wave;
may its fruit be like Lebanon;
and may people blossom in the cities
like the grass of the field!
May his name endure forever,
his fame continue as long as the sun!
May people be blessed in him,
all nations call him blessed!
Blessed be the LORD, the God of Israel,
who alone does wondrous things.
Blessed be his glorious name forever;
may the whole earth be filled with his glory!
Amen and Amen!
The prayers of David, the son of Jesse, are ended.
(Psalm 72 ESV)

The ideal king will rule from sea to sea, but even the verb of dominion, ‘yerd’, is qualified by its punning ocho of ‘yered’, the verb describing the ruler’s “descent” like rain on grass. The kings of all the earth, from Sheba and Saba in the south to westward Tarshish and the islands of the Mediterranean, do in fact prostrate themselves before the just monarch, but there is no indication in the poem of how he has managed to seize power over them. Indeed, the only verb of aggression he governs is “to crush” in line 4, an activity directed against the oppressors of the poor, and continued in the kings’s compassionate acts of rescue int he progressively heightened four versets of lines 13-14. The poem tactfully implies, without explicitly stating, a causal link between the beneficent effect of the just king indicated in lines 6-7 and the subsequent vision of imperial dominion. It is as though all the rulers of the earth will spontaneously subject themselves to this king, lay tribute at his feet, because of his perfect justice.

I love this. I think I love the psalm even more now. The future rule of Christ will not be like the others empires we have experienced on earth. I think sometimes we imagine that it WILL be like the other ones. This passage in Philippians gets mentioned a lot:

Therefore God has highly exalted him and bestowed on him the name that is above every name, so that at the name of Jesus every knee should bow, in heaven and on earth and under the earth, and every tongue confess that Jesus Christ is Lord, to the glory of God the Father.
(Philippians 2:9-11 ESV)

I have often been told that every knee shall bow. Some of us will choose to bow and others will get their heads pressed down to the ground by a heavy divine boot. But in this psalm, the king is SO good, the nations spontaneously subject themselves to him. There is no talk of him conquering them with a sword and breaking their will. Granted, this still leaves room for stubborn rebels, but the normal state of things is rejoicing at the establishing of his empire and the removal of the old government. THIS ruler is finally just and the only crushing he does is of oppressors of the poor. An incomplete picture to be sure (he rides in on a white horse at some point), but I think this should be the dominant picture of the earthly rule of King Jesus. Can’t wait!