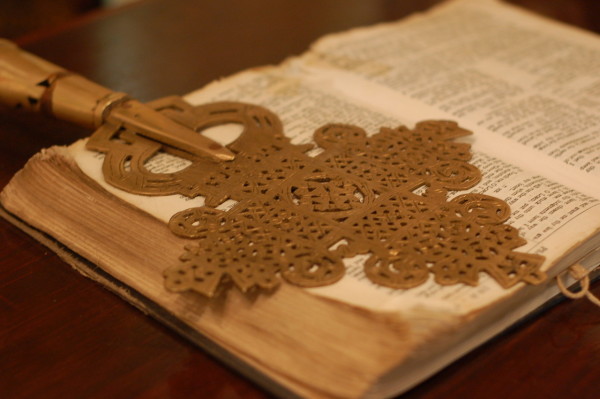 That is a question I’ve been asking myself a lot lately. Why am I so interested in Africa and Ethiopia in particular? I’ve read everything I can get my hands on on the topic during the better part of the last year. And I’m not quite sure why. I’ve had several friends give me strange looks when I try to mumble an explanation. I think I can finally articulate some of it right now though.

If I am right in suggesting that what really distinguishes the modern missionary movement from its earlier predecessors is the fact that virtually all modern Western missionaries have been moulded to some extent by the assumptions of the Enlightenment, then the dialogue between Westernized Christians and those still largely shaped by the primal imagination is of the very greatest significance. Indeed Bediako may be correct in thinking that it will largely influence the role of Christianity in the twenty-first century. Ethiopia, with its long reception, experience and meditation upon the Christian Gospel and sacraments, is a most fruitful area in which to study and reflect upon the ongoing encounter between the primal imagination and the emissaries of the Enlightenment.

THIS right here is why I am really and truely fascinated with Africa, and Ethiopia in particular. This is it right here. I think that the Christianity of the global south (Africa, south Asia, and Latin America) is THE future of Christianity for the next century or many centuries. And I think that we in the north, in the West, have a lot to learn from them. I love theology but I don’t want to rehash Augustine or dig for some more nuggets hiding in Calvin’s Institutes or tear apart Romans from a better angle. I know there is still plenty of good work being done in these areas, but I’m just not the guy to do it. I can’t sustain my interest in that long enough to do a worthwhile job. I want to see what can be dug up in old Abyssinia, and what still lives on today in its faithful children and even its unfaithful but Christ-haunted children, whatever problems or confusions they may have. I think this holds a key part of the future of our race.

I don’t want to have the writing of software be my main productive contribution to humanity and society and to God’s people. Talk about short-lived – it lasts barely longer than the food in the refrigerator! But Christianity in Ethiopia has been percolating for two centuries and it’s still there in force. We’ve had it in America for 1/8th that time and it’s already on the serious decline. Maybe they know something we don’t. “Oh hell no! Of course not. They are backwards syncretic icon-kissing heretics! WE need to help them get with the program!” says the fat child of the enlightened West. I am not so sure. How has that been working out for us lately anyway? How about we turn the facet on the other way for a while.

This is why I was so excited to see bishops from Nigeria, Rwanda, and elsewhere sponsor and guide the conservative Anglican movement in the America during the past decade. Frankly, I’d like to see them remain involved. I’m not looking to follow their tradition – that is their lot. But I would like to see mine reformed so that it daily points more to Christ and less to myself.