“The prologue to the Gospel of St. Jon is eighteen verses. Yet it tells you everything you ned to know about God in his relation to the human race. The eighteen verses are not exhaustive, but they are complete. Their implications are inexhaustible.”

The same was in the beginning with God.

All things were made by him; and without him was not any thing made that was made.

In him was life; and the life was the light of men.

And the light shineth in darkness; and the darkness comprehended it not.

There was a man sent from God, whose name was John.

The same came for a witness, to bear witness of the Light, that all men through him might believe.

He was not that Light, but was sent to bear witness of that Light.

That was the true Light, which lighteth every man that cometh into the world.

He came unto his own, and his own received him not.

But as many as received him, to them gave he power to become the sons of God, even to them that believe on his name:

And the Word was made flesh, and dwelt among us, (and we beheld his glory, the glory as of the only begotten of the Father,) full of grace and truth.

John bare witness of him, and cried, saying, This was he of whom I spake, He that cometh after me is preferred before me: for he was before me.

And of his fulness have all we received, and grace for grace.

For the law was given by Moses, but grace and truth came by Jesus Christ.

No man hath seen God at any time, the only begotten Son, which is in the bosom of the Father, he hath declared him.

You can follow people online, even their relatively personal posts if you have them on Facebook, yet be in the dark about what is most significant in their lives. Some friends of mine was recently posting pictures of themselves smiling a Christmas party. The were also regularly tweeting jokes. My wife called them up to ask about getting together since we were going to be passing through their town on our holiday travels. It turns out their family is in the middle of upheaval and the wife just spent a day in the hospital with a severe depression/anxiety attack. Who knew? I’m confidant they will get through this – they are a spiritually strong and mature couple. This is a bump on the road. But it was invisible to outsiders, even to the relative “insiders” of social media contact. I was surprised to learn what was going on, but I shouldn’t have been surprised to learn that SOMETHING was going on. 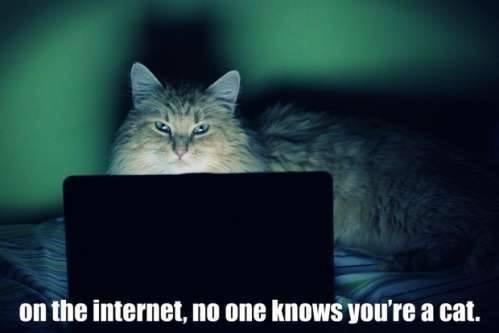 I’ve been able to post here pretty steadily this year with several substantial essays this spring and nearly a hundred other thoughts here and there. But now, nothing for twenty days. What gives? Transition. After 13 years working full time in the public sector, I’ve decided to strike out on my own as computer programming contractor. I was able to get position with a fairly respected consultant. It’s risky though. Gone is the 6-month job security lag. I can be fired quite literally overnight. Gone also are all the benefits – I have to buy my own health insurance, life insurance, disability insurance, pay my own social security taxes, buy all my own tools, and there are no vacation days. Also, the work bodes to be much more challenging. I’m going to need to really bust my rear, especially for the next three months and the learning curve for several new languages and tools will be steep. That isn’t going to leave much time left for reading or blogging or, well, anything. I’ve already axed several extracurriculars with the kids that weren’t as high on the priority list. It’s been, frankly, an anxiety-filled couple of weeks.

So why? My wife and I have been married for nearly 11 years now and we were looking at our long-term goals and what could be done to accomplish them. One is to get a 100% telecommute job so we’ll have greater homeschooling flexibility with the four kids. Another is to get more cash to pay for ongoing medical expenses. Even after insurance, I was on the hook for $9000 in surgery expenses this past year for my daughter and it’s very likely she will need to have a similar surgery done in the next year. I can’t swing that. Something has got to change. Also, the administration of my current employer has made it very clear that there is absolutely no opportunity for any career advancement whatsoever. Raises of any sort have been permanently out for years, but now the one remaining path for improvement – applying for higher vacant positions within the company (Something I’ve done 4 times in a row) – has been severely restricted. How this is supposed to improve anything is completely baffling. Dilbert is funny because it’s true folks. Sometimes you can’t make this stuff up. I figured it was finally time to go, even if it wasn’t going to be easy. Finally, I really do look forward to the intellectual challenge. I’m a pretty lousy armchair theologian, but am equipped (from my childhood and steadily since then) to be a decent programmer.

So the bottom line is that activity on this blog is likely to be sparse for some time. I know there is only a handful of you who actually read this with any regularity and you are plenty busy yourselves, but if you are curious, that is what gives.

As we gradually learn to harness the optimal computing capacity of matter, our intelligence will spread through the universe at (or exceeding) the speed of light, eventually leading to a sublime, universe wide awakening.

Machines will follow a path that mirrors the evolution of humans. Ultimately, however, self-aware, self-improving machines will evolve beyond humans’ ability to control or even understand them.

I do believe that the goal of AI is to know more about ourselves, about the world, about how to interact. If God exists (as I do believe), the creation of physical artifacts will never contradict that existence. it will just, actually, make it even more visible. How, I don’t know. But I am not afraid of pursuing the AI goal, because I do believe that knowing more about myself and knowing more about the world can never lead me to the conclusion that God doesn’t exist. I don’t think that I would get to that end. Just the opposite.

Alright. One of these people is famous and is always on PBS or NPR or pick-your-favorite-respectable show. He could be on a segment right after Yo-Yo Ma or Maya Angelou. He’s visionary and interesting.

The other is a scientists who actually programs robots for a living and has nearly a hundred academic papers published on serious AI topics.

One you see quoted all the time – in Wired or the Wall Street Journal. The other you’ve never heard of.

One is a ridiculously rich white guy from New York City. The other is a little-known Portuguese woman.

And I am convinced that one of these people knows what they are talking about and the other is full of hot air.

The quotes are from:

Ray Kurzweil, from The Singularity is Near, 2005

Manuela Veloso, from a panel discussion, 1999

You remember in the 1990s when everyone was talking about “virtual reality” and “cyberspace”? Blah blah blah. All talk. Who was actually doing the work? Programmers like John Carmack who spent six weeks holed up in a hotel room figuring out how to get ray-tracing to run on a 386 when everyone else on earth thought it was impossible. You have him and his quiet ilk to thank for opening the door to much of the 3D technology you see today in movies, games, and simulations. They made real progress while everyone else was yacking on the conference circuit and wooing gullible investors.

That is why I don’t trust the futurists. None of the really smart and productive people I know in IT (or medicine or engineering) believe them. Only the hype-loving people who stood in line in the cold last week to buy an iPad Air seem to hang on their every word. Them and journalists. Maybe there is a really great programmer or engineer out there who actually believes all this Singularity stuff. But I haven’t met him/her yet – not even close. I’m open to be surprised though.

Open up Popular Science and you’ll find someone going on and on about how their new virtual reality nano-robot whatever is going to revolutionize heart surgery. Then you look at the cover and realize the magazine is 20 years old and the robot is nowhere to be seen. Meanwhile, some guy you’ve never heard of has made heart surgery more effective by figuring out a better way to grind scalpel blades so they stay sharp longer.

I suggest we focus on what can be done with the tools and resources at hand. Solve problems and take them a bit further. Don’t be tempted by talk of quantum leaps. Remember the limitations of the human body and mind. The greatest know this humility.

Alright, here is my attempt at an Advent playlist (not a Christmas one). Most of these are on the somber side of things. Remember, Jesus hasn’t come yet.

Notes: Probably any recording of the Vaughan Williams piece will do.

The Advent Suite from Talbot and Card is a real power house. You might need to stop and replay that one a few times.

Sufjan Stephen’s 10-disc Christmas album is absolutely bizarre and not recommended. There are a few gems though. Make sure you listen to the volume 8 version of this song. The other one is terrible.

The Coldplay song is not bad, really.

There are about 30 brass quintet versions of O Come O Come Emmanuel and I’ve heard many of them and performed several. This is, without question, the very best one. And no, it’s not on iTunes so good luck.