About five years ago, Michael Spencer wrote a piece titled The Coming Evangelical Collapse that received national attention. In it he, articulated how the health of the evangelical church in America is utterly unsustainable and that its winter will quickly be upon us. Around the same time, he was also saying things like, “Come on evangelical Anglicans and Lutherans! This is your time to shine! You actually have a lot of what will fix all this right under your nose!” It was him who turned me on to Robert Webber, and N.T. Wright, but most of all to his own writings longing for an end to ‘circus’ ecclesiology, ‘wretched urgency revivalism’, and a connection to the worldwide historical church.

In the years since he was writing like this, before he tragically succumbed to cancer, I’ve seen many people walk these existing pathways out of the hyped-up American wasteland. We’ve seen a lot of people ‘swim the Tiber’ (a metaphor that is getting tired) and join the Roman Catholic church to find some rest. How many people? Enough that it is now a frequent concern on the minds of many Protestant pastors these days. Nobody saw that coming in the 1990s. Michael’s own wife was even compelled to do this. I’ve had friends ‘swim the Bosphorus’ (an even worse metaphor) to throw their lot in with Orthodoxy. I can’t blame them. They’re trying to find a way out of a form of Christian practice that is terminally ill.

A bit more visible has been the rise of the Neo-reformed. The same time Justin Timberlake was bringing Sexy back, Justin Taylor, Justin Holcomb, Matt Chandler, Mark Driscoll and friends were bringing heavy theology back to light-weight non-denoms. Now we have John Piper pushing Calvinism in-between sets at Passion music events. Whodathunk? The way I see it, this has patched up one major problem, but left others (liturgy, cult of personality, parish stability) largely untouched.

I’m still waiting for the evangelical Lutherans to get their act together. I hear they have in a few isolated cities. But who really DOES have a healthy and balanced church tradition, preaching Jesus clearly and presenting Word and Sacrament every week, right on the dot? The Anglicans. No, not your grandma’s Episcopal Church folks – stop and listen for a sec. This is the theologically orthodox, conservative, sometimes charismatic, evangelical, Anglican church. Never heard of them? Well there are over 50 million of them in Africa. In fact, some of them came over hear to help a new province get started. Since then the Anglican Church in North America has been successful in uniting a number of disparate Anglican denominations all over the U.S. and Canada under one banner. In addition to the ones they already had, they’ve planted over 700 (mostly small) churches in just the past few years.

Might you be interested in this movement, their orthodox yet Reformed theology, their ancient yet contemporary form of worship, and their charismatic fervor yet stable organization and leadership? Well, until now if you wanted to read something substantial on the topic, you’ve pretty much been out of luck. The handful of introductory books out there were often written to an audience of ex-Episcopalians or other people already largely familiar with the wider state of global Christianity. Someone coming from a Baptist church or Assemblies of God would just have to be thrown in the deep end or forget it. But now there is a much more excellent way. 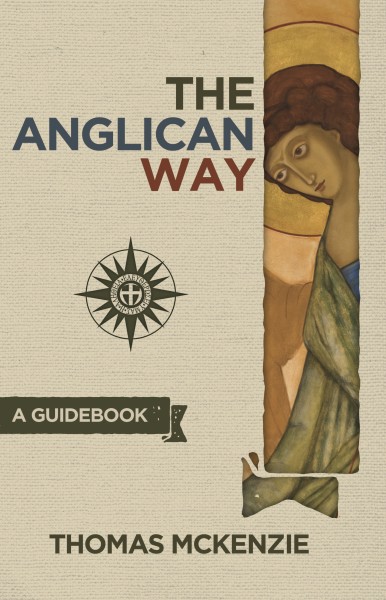 My friend Thomas McKenzie has written a wonderful introductory guidebook to evangelical Anglicanism. It’s concise, easy to read, full of good examples, and aimed at an American audience that doesn’t need to know all the jargon. It’s also gracious and includes virtually no polemics while at the same time never being mushy about important contemporary issues. He makes it clear what the stance is on the historic resurrection of Christ, as well as the unacceptability of homosexual behavior. But when is the last time you read a book where the authors says, “Hey, if there isn’t an Anglican church where you live, go try out the Reformed or the Catholic church instead”? Who is deeply committed to their tradition but also ecumenical enough to say that? Not many, but Father Thomas is.

What’s all in here? Well rather than try and give a summary, I’ll copy down the table of contents:

So if you are from a non-denominational, baptist, or pentecostal tradition and are curious what this older and more traditional way of “doing church” and the Christian walk might look like, this book is for you. Alternately, if you grew up Roman Catholic but am feeling led by the Lord in a more evangelical direction, but you can’t stomach the worship rock band down the street, the guidebook might strike the right note with you. If you have been hanging with the neo-Reformed for the past decade but would like to be a part of something a bit more (but not too much of course) open-ended and ecumenical, then take a look. Also if you are a brand new believer but are wary of the bait-and-switch tactics frequently found in American churches – get the straight dope about this tradition up front. It’s a good one with a lot of potential and a lot of Jesus.

The book is available on Amazon and elsewhere, but the PDF version (under 300 pages) is available entirely for free online. Go here for a variety of options.

Disclaimer: I financially supported Thomas’s campaign to get this published.