Last night while perusing my book shelf, I decided to pick up and reread part of one of the classics of Pentecostal “deliverance” ministry – They Shall Expel Demons by Derek Prince. Now Prince is one of those “demon hunter” guys who sees evil spirits at work in virtually every personal or psychological hang-up. He’s a bit over the top. I’ve never been a big fan of this approach to the world, but it’s difficult to get around some of the questions Prince asks with regards to prevalence of exorcism in the New Testament. They are questions we should be able to grapple with.

The basic idea is as follows:

In the Gospel accounts and in Acts, Jesus and the apostles frequently encounter demons. It’s not just a couple of isolated cases, but a frequent occurrence. Luke uses the phrase “unclean spirit” nearly twenty times. When Jesus sends forth the 72 disciples, their success as exorcists is highlighted on their return. Years later, Paul is casting out demons from people right and left.

Beyond the scriptural accounts, who of the early church fathers believed that the work of demons disappeared after the first century? None as far as I know. Their presence and continued activity were assumed throughout the Medieval period. It’s only with the enlightenment age and the rise of rationalism that we see them fade into the dubious status they hold today.

In the modern church, I think a major pillar supporting this state of things is cessasionist theory. Cessasionists believe that the early Christian gifts or “magic” powers of prophecy, speaking in tongues, and divine healing are permanently gone and no longer in operation. Christians who believe they still DO work today are usually referred to as “charismatics”. Well, one particular tool that seems to have been flushed down the drain with the other miraculous sign gifts, was that of exorcism. It’s a little bit of a gray area since casting out demons is not right next to speaking in tongues on the usual lists in scripture. It’s status as a spiritual gift (though obviously something done via the Holy Spirit) is not as clear cut. Nevertheless, it appears to have been grouped in with all the other “magic” looking things the Holy Spirit USED to do a long time ago and stuffed in the first century closet. That makes sense, but it implies something that we should all find somewhat worrisome.

If the “tool” used to cast out demons no longer exists in the church, does that mean there are no more demons? That’s it, their all gone? They were crawling all over the place in the first century but… now they’re not? The few apostles in operation around the Mediterranean Sea got ’em all? The rest just got tired and gave up? Does any of that sound just a little bit fishy to you?

“The finest trick of the devil is to persuade you that he does not exist.”

French poet Charles Baudelaire wrote that, but most people know it from Keyser Soze and the movie “The Usual Suspects”.

Still, do you see what cessasionist theory essentially demands? No casting out demons, ’cause no demons. Boom. That simple. No tools? Well the work must be done. You have to build a house in the wilderness but you were only given hammer and nails? Just ignore all those trees and keep looking for the nice stack of finished lumber. If you were supposed to chop down the trees, the hardware store wouldn’t have been sold out of chainsaws, clearly.

Well, check out the last few chapters of Revelation – supposedly set far in the future. The demons – they’re all still there. What, are they all just too busy watching TV right now? Imprisoned so we need not bother with them? So easily defeatable now that simply saying “Jesus” out loud (no spiritual gifts required, but thanks!) is enough to do the trick? The “kinds that only come out with prayer and fasting” (to quote the Son of God) completely and utterly out of the picture? The fact that the New Testament spends so much time talking about them must just be a historical curiosity. Oh well.

Deep thinkers and philosophers out there who study the scriptures – does that answer not seem just a bit on the hokey side to you? I think so. I’m not suggesting we all follow the path of the Pentecostal “demon hunter” or anything like that, but I DO think we need a better demonology. The Roman Catholics have one actually, even if it has its own strange issues, but still – better than nothing. Let’s not have nothing. The devil would love it if we had nothing. 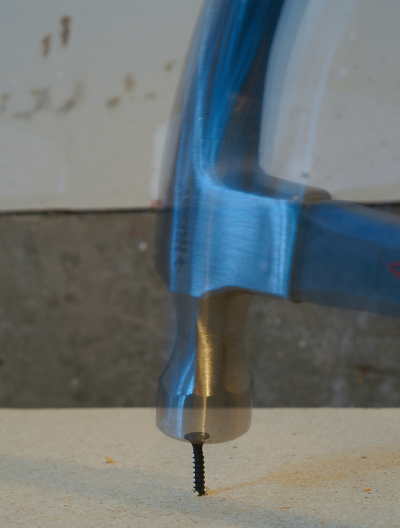