The following is a reimagining of Isaiah 44:28 and following. 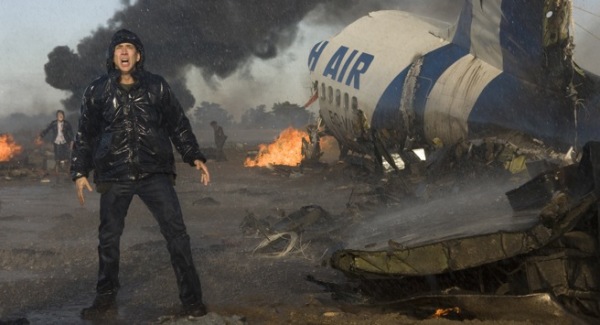 Who says of Nicholas Cage, ‘He is My shepherd?’
And he shall perform my pleasure,
Saying to the Church, ‘You shall endure in hope.’
And to dispensational conspiracy theorists, ‘Your foundation shall be laid bare.’

Thus says the Lord to His anointed,
To Nicholas Cage, who I have given immense raw talent and a right hand that volunteers for every single film that comes along – fabulous and terrible alike.
To confuse the numerology and charts of engineers, that none of my disciples had followed for 50 generations, yea, even all of 1800 years.
I have empowered him to lay bare the pride of America, of those that have forgotten their brothers and sisters in the south, in Africa, in Asia, and in Rome – that virtually none of them have ever taken this “rapture” seriously, and still do not today.

First I sent to them my boy Kirk Cameron, and he was silly, but not nearly silly enough, for my children are hard of hearing.
But now, their armor shall be loosed and many will no longer be able to keep a straight face.
They shall return to my Word, and find their hope in me does not demand them to divine the future.
They will discover my love for them does not require arcane differential calculus spanning the Aramaic Daniel to the end of the writings of my Beloved John.

I will gird you, though you have not known Me,
By your brashness oh Nicholas, will my shepherds – kept quiet in the shadows this past century – be emboldened to speak up and let those in the New World know that the Way of my Son need not require such baggage.
Behold, I the Lord make all things new!