Do demons (or Satan) know the future? “No.” says St. Anthony (or rather says St. Athanasius, his biographer), it’s just that they have very fast communication or movement speed at their disposal. Really. They see events happening very far away – long before any messenger or news can be sent by typical human means. Then they rush off and use their inside information to inform soothsayers, or give their targets the real information in a vision (along with some lies) so that the mixing of real intel with the false will strengthen their control over the hearer.

In a lengthy and fascinating passage that I’ll quote below, Athanasius explains how of course only God can know the future, but that demons can travel far faster than even a man on horseback. Using this knowledge, they twisted it to their advantage in a world were communication was very slow. Though he doesn’t use the phrase “familiar spirit”, this is exactly what Athanasius is describing.

This makes for an interesting shift in just the past couple of decades. We now have global satellite networks hooked into billions of cell phones. Even people in rural Africa and Asia have mobile phones. News travels fast. I can pick up my phone right now and speak, in real time, to someone on the other side of the earth. For the bulk of human history, nothing like this was possible for man, but something like it WAS available to angels, be they light or dark. And so now man’s own ability to communicate surpasses that of the demons. 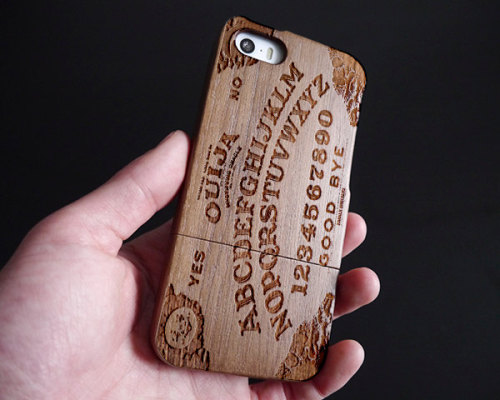 Many are skeptical of all this old demonology of course, but still, if any of Athanasius’s description of the spirit world is accurate, then this has serious implications. It means that one of the demon’s primary advantages and tools has been neutralized. False prophecy based on the knowledge of distant events is no longer remarkable to man. He has only to watch breaking news on the television. The legit fortune teller or witch doctor USED TO have something really interesting to say on occasion, but no more. Our world is so full of computer magic, that the old “real” magic the demons seemed to have now seems like no big deal. All their many other ways of tempting us and whispering words of despair into our hearts are still available to them and I assume still work to great effect. But their days of controlling people with false knowledge of the future are largely (and recently!) over – at least of the sort that Athanasius describes here.

Furthermore, should [demons] pretend to prophesy, let no one be won over. It frequently happens that they tell us days in advance about brothers who are to travel our way some days later – and these people do arrive. The demons do this not out of any concern for their hearers, but in order to persuade them to trust them, and after that, having brought them under control, to destroy them. Therefore we must not pay attention to them, but overthrow them even while they are speaking, since we have no need of them. For what is so marvelous, if they who use bodies thinner in substance than those of humans, spying those who begin their journey, get a head start in the running and announce their arrival? This sort of thing someone riding a horse also foretells, preceding those who journey on foot. So it is not necessary to marvel at them in this case. They have no foreknowledge of things that have not yet occurred; God is the only one who knows all things before their birth. But these, like thieves, run ahead and report what they see. To how many do they right now give signs regarding our affairs – that we are gathered together and that we are speaking against them – before someone could leave from among us and make a report! But some boy swift of foot could do this, outrunning one who is slower.

What I am saying is this. Should someone begin to travel from the Thebaid, or from some other place, they do not know before he begins to walk if he will walk. But after they see him walking, they run ahead, and before he comes they announce him. And so it is that these travelers arrive after a few days. But often, when people on a journey turn back, the demons are caught in a lie.

So, too, there are times when they talk nonsense about the water of the River. For when they observe numerous rains occurring in parts of Ethiopia, knowing how the flooding of the River originates there, before the water enters Egypt the rush ahead and report it. But even men could have told this, if they were able to run as fast these [demons]. In just that way these demons also choose to hurry ahead and declare signs to others for the sole purpose of deceiving.

So it was that the oracles of the Greeks arose and they were led astray in the former times by the demons. But so also has this deceit been brought to an end from this time forward, for the Lord came, who reduced to impotency not only their villainy, but the demons themselves. For they know nothing by their own power, but like thieves they pass along what they pick up from others, and they are more nearly speculators than prognosticators. If, therefore, they sometimes speak the truth, do not let anyone marvel at them for this. It happens also that physicians who deal with illness, observing the same disease in different people, offer a prognosis, frequently conjecturing from what is familiar to them. And again, ships’ helmsmen and farmers, looking at the weather conditions with practiced eyes, can predict if it will be stormy or fair. Now someone would not say on this account that they are foretelling through divine inspiration, but rather, on the basis of experience and practice. So if the demons also sometimes say these same things by conjecture, let no one, for this reason, be amazed at them or pay attention to them.

What is the purpose of the enthusiasm for knowing such things, even if one could, in truth, know them? This does not produce virtue, nor represent any evidence at all of good character. None of us is judged for what he does not know, any more than one is counted blessed because he is learned and possesses knowledge. It is rather in regard to these questions that each faces judgement: whether he has kept the faith and sincerely observed the commandments.

Therefore we are not to attach much importance to these other things, and not for the purpose of gaining foreknowledge are we to train ourselves and labor – but rather in order that we may please God in the way we lead our lives. And we ought neither to pray that we might have the power to know things before they occur, nor ought we to ask this as a reward for our discipline – but rather that the Lord may be our fellow worker for the conquest of the devil. But if sometime the capacity for foreknowledge matters to us, let us be pure in understanding. For I believe that when a soul is pure in every way and in its natural state, it is able, having become clearsighted, to see more and farther than the demons, since it has the Lord who reveals things to it.

I wonder what other implications this has.