Well, a new job and a change of the daily work/family/homeschool dynamic can certainly do a number on writing output. I think it’s been a good four years since things were this quiet around here. Hopefully I’ll get a few pieces out the door here before the end of the year.

I put together (in my opinion) a pretty decent sermon last month but gave it entirely from rough notes instead of composing it verbatim beforehand. That made for a less stilted presentation, but no dense series of posts as a side-effect.

I’m not sure if it was a reaction to the latest round of bickering about atonement theory on the web (blogs, twitter, whatever) the past few months, or something else, but I’ve found myself much more enamored with the second advent of Christ than I have been previously. Not for the sake of some eschatological theory, but just for the raw hope of Him coming back to make everything OK. I recently tweeted a new simplified definition of what a Christian is: Someone who believes Jesus is coming back to fix. every. damn. thing.

The world is so big and so broken. It’s full of evil and tragedy and sin. And yes, my own sin is very real and not to be discounted, but really, I’m just one finite human. Jesus died for my sins? That’s great, but however you slice it, it’s just a drop in the ocean. Big deal. I don’t care if some imaginary court room drama is an accurate representation of what happened when Jesus died or not. I’m fine with it, but it barely begins to fix anything. This place is a huge mess – tremendously beyond the reach of my own failings or that of all the people I know. Who will save us from this body of death – from this earth of decay? Jesus Christ, the King. He will heal every last thing when he comes back. Amen. Now that’s something I can really look forward too, rather than worrying about if my repentance is 100% real or if I’m “right with God”. The King that comes back is GOOD. We can trust Him and He loves us.

Some theologians and pastors like to talk about the “cross centered life” and that’s fine. But I think I’d rather talk about the “empty tomb centered life”, or maybe even the “second advent centered life”. The cross narrative is always trying to tie everything back to me and my sin, but that only goes so far when you’re talking about the redemption of all creation. I long for the King to come back and fix EVERYTHING (which incidentally includes me). 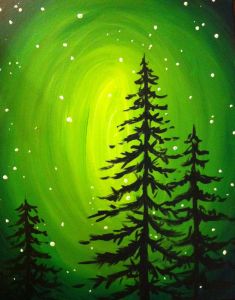