In evangelical circles, people who become enthusiastic about theology or liturgy are quickly chastised for their de-spiritualization of the Christian faith and of “taking their eyes off Jesus”. Accused of being promoters of cold/dead/lifeless religion, they are told to shut up and get back to the basics of prayer, stand-alone scripture reading, and trying harder to sin less. “How can lots of books be ANYTHING other than a distraction from good Bible reading?” the thinking goes. “Aren’t there only so many hours in the day?”

But humans are easily distracted creatures and quick to set up (often with good intentions) more tangible activities to involve themselves in than the naked contemplation Christ’s incarnation. We build buildings, create charities, run hospitals and orphanages, write music, raise children, and bake cookies for the volleyball team’s fundraiser. We do all sorts of things. But in the bulk of Christian cultures I’ve been a part of in my life, studying theology was denounced as a dangerous distraction. Why is this? The simple description that American evangelicism is often “anti-intellectual” is not helpful. It doesn’t get us any closer to why exactly this is going on. 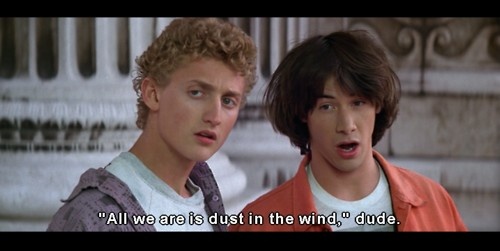 I would like to briefly propose two dynamics at work. The first is one that has been pointed out by many others. That is, that a culture will often stoop to define itself by what it is AGAINST. As the academy became increasingly secular and anti-Christian during the 20th century, Christians responded by distancing themselves from the academy and, as a side-effect, its nurture of rigorous study. (The exception being “science-y” disciplines like archeology and low-level textual criticism – think Dead Sea Scroll translation.) Liberal or progressive Christians (the enemy) in particular seemed to make heavy use of recent scholarship, making the whole endeavor even MORE suspect. This is all pretty well documented though. The second thing is a little harder to put one’s finger on.

Everyone has their pet issues – things they care deeply about to exclusion of things that are important to their neighbor. But the pet issue’s of theology wonks happen to be things that are more abstract – less tied to the person directly. The things most important to evangelicals are things tied up, that is “tightly coupled” as we might say in the fields of software design or engineering – with the persons themselves. Because the individual person – their feelings and perspective and dreams – have been given an extremely high place in modern, contemporary discourse, things tied closely to the person tend to be beyond the reach of criticism. They are also less able to have an affect on others as well, being too tied to their context. The elevation of the individual is a two-edged sword, but one we are apparently fairly comfortable with at the moment. But doctrine, and especially dogma (official doctrine) – not just scripture interpretation, but confessional theology or historical theology – THOSE things are ripe to be called out as cold/dead/lifeless, and every other pejorative that typically gets flung at anyone a who seems a little too enamored with the intellectual side of faith.

Because doctrine (or even just ideas from old books) is something that can be sufficiently separated from the individual and handled, it is open to criticism in a way that things closely tied to the person are not. People are loath to confront another adult about their poor parenting – it’s too personal (who are we to judge?). They same goes for their psychological hangups or character flaws. These have to be approached obliquely and tactfully. We are unlikely to openly criticize their expensive motorcycle or scrapbook hobby. But their formulation of the doctrine of predestination? That can be ripped to shreds and spat upon without tying it directly to anyone in particular who might affirm it. What did Augustine think about such and such? Who the heck cares! It’s what YOU think that matters.

The strength of rational thinking is it’s ability to disentangle ideas from their carriers (though it is less successful at doing this than it’s proponents usually admit). By making the individual the sacred center in how we think about the world, the person who loves abstract things is a heretic. If deep in our hearts is the place (and likely the only place) that Jesus meets us, then to talk about Him being present elsewhere (in the sacraments, creation, beauty) is to perpetuate some kind of hindering falsehood.

Obviously, I don’t have this idea very fully developed. This is just an attempt to explain one aspect of why I have been, throughout my childhood and even to this day, cautioned against studying too much about God. Some others might be able to relate.