In all the early Christian writings I’ve worked through recently, this passage from chapter 7 of the Epistle to Diognetus (~130-200 AD) is certainly the most magnificent. What an astounding description of Jesus Christ.

The Almighty Himself, the Creator of the universe, the God whom no eye can discern, has sent down His very own Truth from heaven, His own holy and incomprehensible Word, to plant it among men and ground it in their hearts. To this end He has not, as one might imagine, sent to mankind some servant of His, some angel or prince; it is none of the great ones of the earth, nor even one of the vice-regents of heaven. It is no other than the universal Artificer and Constructor Himself, by whose agency God made the heavens and set the seas their bounds; whose mystic word the elements of creation submissively obey; by whom the sun is assigned the limits of his course by day, and at whose command by night the obedient moon unveils her beams, and each compliant star follows circling in her train. Ordainer, Disposer, and Ruler of all things is he; of heaven and all that heaven holds, of earth and all that is in earth, of sea and every creature therein; of fires, air and the abyss; of things above, and things below, and things in the midst. Such was the Messenger God sent to men.

And was his coming, as a man might supposed, in power, in terror, and in dread? Not so; it was in gentleness and humility. As a king sending his royal son, so sent He him; as God He sent him; as Man to men He sent him; and that because He was fain to save us by persuasion, and not by compulsion – for there is no compulsion found with God.

From the greatest to the least, we are all hypocrites to some degree. We say one thing and do another, whether it’s obvious to everyone or only known to those very close to us. This also means that the person preaching the gospel to you is sometimes going to turn out to be a dirtbag. What if you had an experience like one of the following:

There isn’t a bible verse that can be quoted to wave away this kind of damage, but Christians have come up with a pretty good answer to this sort of hypocrisy and human failing, especially among leadership. So I present you with an idea, a doctrine, from the 39 Articles of Anglicanism. This is #25, the title being in the Elizabethan English of 1571, from nearly 450 years ago:

Of the Unworthiness of the Ministers, which hinders not the effect of the Sacrament

And a modern rendering of the relevant part:

Although in the visible church the evil are always mingled with the good and sometimes evil people possess the highest rank in the ministry of the Word and sacraments, nevertheless since they do not do these things in their own name but in Christ’s and minister by his commission and authority, we may use their ministry both in hearing God’s Word and in receiving the sacraments. The effect of Christ’s institution is not taken away by the wickedness of these people, nor is the grace of God’s gifts diminished, so long as the sacraments are received by faith and rightly. The sacraments are effectual because of Christ’s institution and promise, even though they may be administered by evil men.

I know the above passage deals specifically with serving the bread and wine, but I don’t think it’s a stretch to extend it to all preaching and pastoral work. The point is, Jesus Christ and the Holy Spirit overcome our hypocrisy. Jesus saved us, inaugurated his kingdom, and even if we do a lousy job delivering the message (he knew we would), he will still bless us and watch over us. Others may break their promises, but the Lord does not. His Holy Spirit is working in our hearts and minds, regardless of the stumbling blocks placed before us by the personal failings of others. This is good news for those burned by the church or by Christians whom they trusted.

“General” or “natural” revelation is usually thought of as what we can know about God and His ways by looking at nature and examining how the world seems to work. This is in contrast to “special” revelation, which is knowledge delivered via angels, prophets, or God himself. Holy scripture is then special revelation. One would think the the resurrection of the dead would be some found only in special revelation (though the Sadducees didn’t think it was there either), but in the first epistle of Clement of, written in ~96 AD, we find a surprising appeal to general revelation:

Think, my dear friends, how the Lord offers us proof after proof that there is going to be a resurrection, of which He has made Jesus Christ the first-fruits by raising Him from the dead. My friends, look how regularly there are processes of resurrection going on at this very moment. The day and the night show us an example of it; for night sinks to rest, and day arises; day passes away, and night comes again. Or take the fruits of the earth; how, and in what way, does a crop come into being? When the sower goes out and drops each seed into the ground, it falls to the earth shriveled and bare, and decays; but presently the power of the Lord’s providence raises it from decay, and from that single grain a host of others spring up and yield their fruit.
I Clement 24

Jesus himself appeals to this sort of analogy in John 12:24:

Most assuredly, I say to you, unless a grain of wheat falls into the ground and dies, it remains alone; but if it dies, it produces much grain.

The phenomenons Clement is describing here have frequently been interpreted otherwise though. Here is one popular example, from The Lion King: 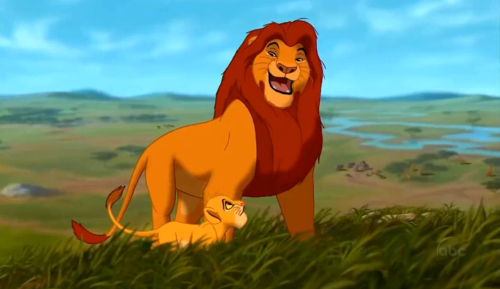 Mufasa: “Everything you see exists together in a delicate balance. As king, you need to understand that balance and respect all the creatures, from the crawling ant to the leaping antelope.”
Simba: “But, Dad, don’t we eat the antelope?”
Mufasa: “Yes, Simba, but let me explain. When we die, our bodies become the grass, and the antelope eat the grass. And so we are all connected in the great Circle of Life.”

Consider night and day, fruit falling and seeds growing, the seasons, etc. Start with Jesus and work backwards and these things can be seen as prefiguring bodily life after death. Start with ancient Hindu and Buddhist thought though, and you get some kind of reincarnation scheme. Start with Native American tribal beliefs, and you get something like The Circle of Life. Start with modern materialistic science, and you find you are just describing the meaningless recombination of atoms.

Everyone largely agrees on what they see going on, but what does it mean? It’s nice for Clement to see God typifying the resurrection in nature, but everyone else who does not have faith in Christ looks at the same thing and comes to entirely different conclusions – ones that confirm the beliefs they already bring to the table.

This is a good example of how general revelation can only get you so far. All by itself, it has too many loose ends. It demands some guiding principals for us to make any sense of it all. I think however you view the natural world, you will end up seeing it as either some kind of circle, or a straight line. Either everything just keeps happening over and over to no end but to repeat, or happening over and over toward a specific end that has not happened yet. Either birth is the whole kahuna that will eventually express itself again, or birth is a small birth and later there will be a big birth. Either the sun rising is an illumination not any brighter or dimmer than yesterday or tomorrow, or it is a small sun rising and later there will be a much brighter dawn.

Christianity sees time as a straight line with embedded repeating patterns, moving ever toward an end like a train barreling down the tracks toward its destination. Many other schemes of understanding the world begin and end with the patterns – they are all there is. In this sense, modern scientific atheism is actually more akin to Christianity. It also sees history as a straight line, from the explosion of the big bang to the eventual total expansion of the universe until all the suns die and the galaxies grow cold. It is a nihilistic future of icy death. And yet for secularists, that kind of raw materialism is not very palatable for day-to-day life and so they fall back on the cyclical model, describing life and relationships as narrative tropes.

On the next page, in chapter 25 of his epistle, Clement invokes the legend of the phoenix (which he takes to be a description of an actual bird), as also being a natural prefiguring or emblem of the bodily resurrection found in Christ. In the opening lines to Daft Punk’s hit Get Lucky from a couple years ago, Pharrel Williams drags the poor phoenix into the mix too. But what does it mean here? The “force from the beginning that keeps the planet spinning” – namely sex which (occasionally) leads to procreation. That’s why he’s at the funky club all night hoping to “get lucky” with some gal who wants to “get some”.

So ask someone to describe something and you’ll likely find out a lot more about the person than about the thing being described.

Chesterton, in one of the better passages from The Everlasting Man, says that the cross of Christ stands distinct in history as a sharp event. It is a stumbling block that must be dealt with, rudely interrupting what we thought was a pointless circle:

We might say that when St. George thrust his spear into the monster’s jaws, he broke in upon the solitude of the self-devouring serpent and gave it something to bite besides its own tail.