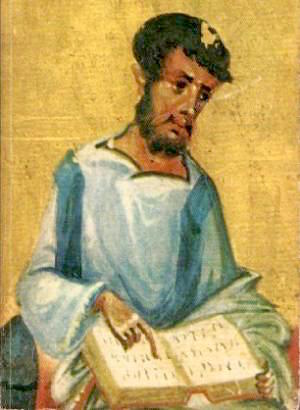 Excerpts and a few comments from the (excellent and concise!) Penguin early Christian writings anthology:

The Didache is a small and tantalizing piece of evidence from a period of enormous importance for the history of early Christianity of which we are almost totally ignorant and driven to conjecture and hypothesis. But apart from the evidence it gives us for answering the kind of questions WE want to ask, it provides – more importantly – a picture of the Church standing on the brink of the world to come, eager for the coming of its Saviour, to whom it looks with joy, and aware of the momentous decision we make in the face of that coming, a decision between light and darkness, life and death.
p.189 (from the introduction)

Never speak sharply when giving orders to male or female domestics whose trust is in the same God as yours; otherwise they may cease to fear Him who is over you both.
Didache 4

A distinction is made for second generation Christians (what we call “raised in a Christian home” today), as early as 96 A.D.

The date of the Epistle of Clement to the Corinthians is generally reckoned to be about A.D. 96. The messengers who bore the epistle are describes as ‘men whose lives have been irreproachable from youth to old age’, that is Christians of the second generation.
p.21

Marvelous passages like this probably caused more than a few folks to want to include some of these writings in the original canon.

If there is true Christian love in a man, let him carry out the precepts of Christ. Who can describe the constraining power of a love for God? Its majesty and its beauty who can adequately express? No tongue can tell the heights to which love can uplift us. Love binds us fast to God. Love casts a veil over sins innumerable. There are no limits to love’s endurance, no end to its patience. Love is without servility, as it is without arrogance. Love knows of no divisions, promotes not discord; all the works of love are done in perfect fellowship. It was in love that all God’s chosen saints were made perfect; for without love nothing is pleasing to Him. It was in love that the Lord drew us to Himself; because of the love He bore us, our Lord Jesus Christ, at the will of God, gave His blood for us – His flesh for our flesh, His life for our lives.
I Clement 49

It was commonly believed that magic, which played a large part in the pagan religions, was destroyed by the Incarnation, and that the visit of the Magi typified its capitulation.
Footnote from Ignatius’ Epistle to the Ephesians

I had not heard of this idea before and I’ll need some more sources to back it up, but it’s worth exploring. How this relates to demonic activity (and it’s alleged near-absence in the modern age) is of interest to me.

To profess Jesus Christ while continuing to follow Jewish customs is an absurdity. The Christian faith does not look to Judaism, but Judaism looks to Christianity, in which every other race and tongue that confesses a belief in God has now been comprehended.
Ignatius’ Epistle to the Magnesians, Ch. 10

My pen declines to write the names of these infidels, and I would even wish to have them erased from my memory altogether until such time as they come to a better mind about the Passion which effects our resurrection from the dead.
Ignatius’ Epistle to Smyrna 5

Ignatius is classy though. He doesn’t “name names”.

God has certainly filled my head with a great many thoughts; but I am careful of my own limitations, for fear boasting should be the downfall of me. The sentiments I ought rather to be feeling are apprehension, and a disregard of all those who seek to flatter me.
Ignatius’ Epistle to the Trallians, Ch. 4

Good stuff, and a proper introduction to a book, especially today.

Good does not reside in what your eyes can see; the fact that Jesus Christ is now within the Father is why we perceive Him so much the more clearly. For the work we have to do is no affair of persuasive speaking; Christianity lies in achieving greatness in the face of a world’s hatred.
Ignatius’ Epistle to the Romans 3

The Apostle saw the force of this when he told us, knowledge makes a windbag, but love is a builder; that was his rebuke to the knowledge which is exercised without regard to the life-giving precepts of the truth. For a man who claims to know, but is without the knowledge which is real and attested by life, knows nothing; the serpent has tricked him, because his heart is not set on life. But he who possesses knowledge coupled with fear, and whose quest for life is earnest, may plant in hope and look for fruit.
Diognetus 12

The Epistle of Barnabas seems strange to modern ears: allegory is out of fashion and there is little else in the epistle. But the fashion that outlaws allegory is quite recent, and fashions change.
Intro p.157

In the Epistle of Barnabas, (Ch. 4 for example) we see a vanilla premill interpretation of Revelation – Thing are going to just keep getting worse, and then Jesus will come back soon. Regional government activity seen as obviously the subject of Revelation imagery. Apparently projecting ourselves onto the NT prophecy has been going on literally from the very beginning. Every new generation thinks it’s about them. Maybe it is, in some fashion.