There are lots of NGOs and Christian ministries doing things in Ethiopia for women’s health, HIV, agriculture, and many other causes. However, there are very few people doing anything for the blind, despite an unusually high number of blind and visually impaired people in the country – somewhere around 2 million people total. You hear about the occasional 1-week cataract surgery trip by western doctors here and there and that’s cool, but it doesn’t help anyone trying to make it living in the blind world. Those trips just quickly transfer people back to the sighted world with a (relatively) simple medical procedure. Where that can be done, it’s great, but for most people, there is no magic surgery that will help them out. What they need is love, support, education, and advocacy, and of course the gospel unobscured.

It took me a long time and a lot of phone calls to find someone doing this kind of work in the country, but finally my prayers were answered when I happened to be connected first with Tafesse, a traveling evangelist currently residing in the USA and his friend Berhanu, a blind man back in Ethiopia who two years ago organized Zena Wengel ministries to reach out to the blind in Addis Ababa and the surrounding cities. After much email correspondence with him, I was invited to come sing and preach at one of the Saturday gatherings they put together last week.

(Above is a pano from the balcony, click for a higher-res version.)

We met at the Misrach Center, a vocational training center for blind adults. My wife and I had actually visited this place before on our first trip to Ethiopia as it’s in a well-known location near the center of town in the Arat Kilo area. It is a secular organization, but occasionally outside groups are able to borrow meeting space there. I met a ton of people and had had a big lunch. There were maybe 50 folks there, most of them blind. I think my Amharic went over pretty well. A couple of Ethiopian ladies led some songs, then I did some, and then I spoke via a translator on the parable of the 99 and 1 sheep. Afterwards, a couple people gave testimonies and they handed out letters of appreciation to the volunteers. 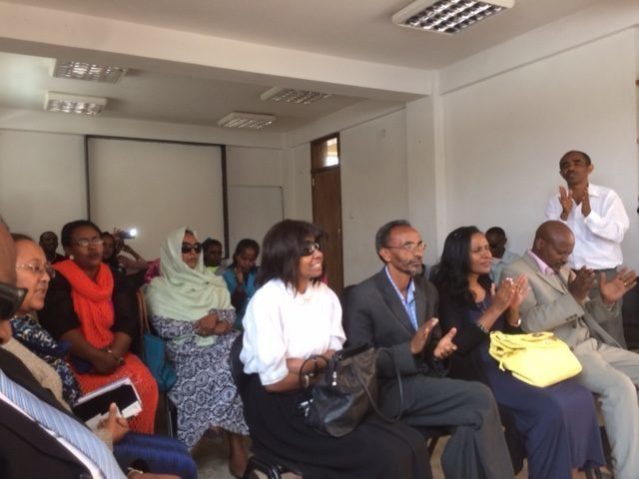 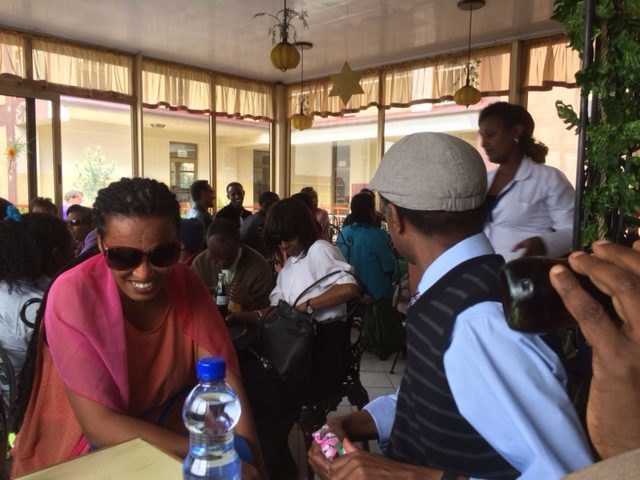 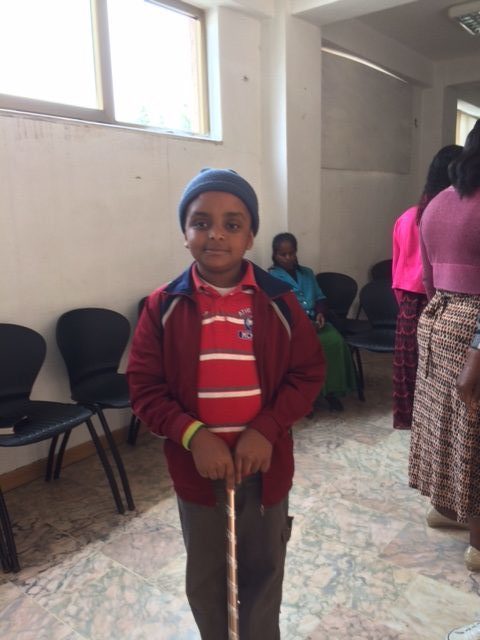 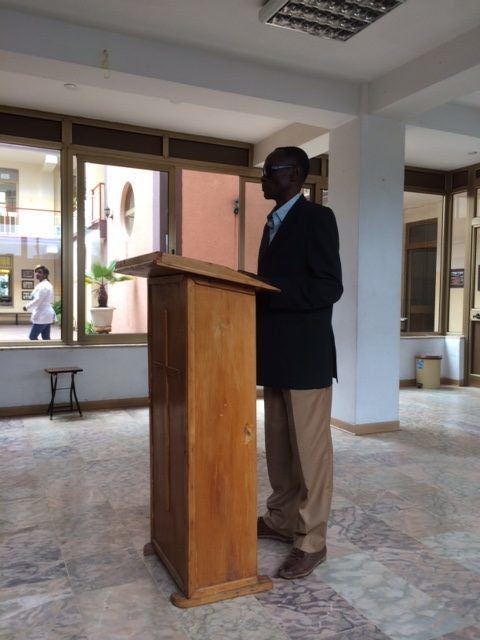 I was late getting there because we had to pick up a bunch of people on the way in a crazy back-alley part of town.

A fair amount of people there had collapsible canes, but most in terrible states of use. None of them had working tips. Usually the bottom section was snapped off or something. We gave a brand new cane to this pastor that was visiting from Ambo (out of town several hours drive) and he was pretty happy. We also gave him one of the audio bibles I brought with me. His cane was used to death. Having the cane be bright and reflective is a big deal here since apparently traffic accidents are THE big risk for blind people trying to live independently. Berhanu wanted to do some stuff in the afternoon too with all the folks there, but cut it short so everyone could leave in time to get back home before the curfew, as some of the people lived a ways out of town. Several there had friends who had been thrown into jail for a few days for being out after dark in the past week. 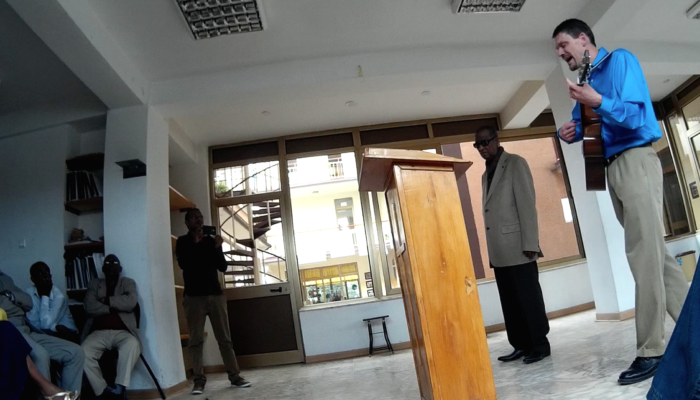 There was lots of clapping and shouting at the service of course – not quite like baptists in the states! They are not affiliated with any particular denomination, though many of them attend Mekane Yesus congregations.

Later in the week we visited several other friends associated with the ministry and talked about what their needs were moving forward. One of these is a permanent space for a resource room near the center of the city where most of the blind reside or frequently travel to. You can learn a lot more at their website, especially in the PDF newsletters.