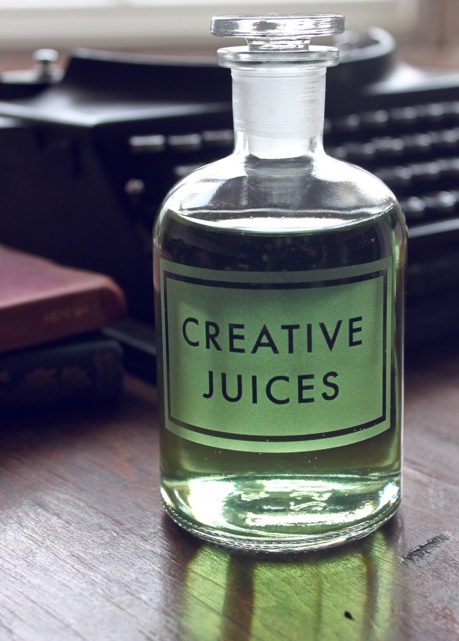 God views his work and is satisfied with it; this means that God loves his work and therefore wills to preserve it. Creation and preservation are two aspects of the one activity of God. It cannot be otherwise than that God’s work is good, that he does not reject or destroy but loves and preserves it. God sees his work; comes to rest; he see that it is good. God’s seeing protects the world from falling back into the void, protects it from total destruction.
-Dietrich Bonhoeffer, Creation and Fall, p.22

My children want to save everything they make forever. My youngest son drew at least a hundred pictures of mallard ducks last year with colored markers. He kept them in a stack by his bed. As soon as I clean off the fridge and free all the magnets, it’s covered again with new drawings before I’ve had time to fill it with fresh groceries. Clay and Play-Doh works hide behind the curtains on window sills. An incredible number of Rubbermaid bins hold all piles of afternoon crafts, mixed with last years Sunday school creations and VBS projects. We are like God in that we love to create. This has been pointed out by many before, Dorthy Sayer’s “The Mind of the Maker” being the best treatment of the topic that I know of. But here, Bonhoeffer brings in another key component to the idea, the good, of Creation and that is its sustenance and maintenance. I had never considered this quite so acutely before, and so I’m writing about it.

God doesn’t just create something and then throw it in the trash. He keeps it around, because he loves it. He sustains it. He puts it somewhere safe. If it’s living, he feeds it and clothes it. To love making is to love preserving. They are inseparable. To be a builder is also to be a curator and a keeper.

A few years ago, I heard about a composer who had written a piece of software that composed symphonies in the style of Mozart all on it’s own. Imitating Mozart’s harmonic style and instrumentation, the app would develop a randomly generated melody into a sophisticated piece of high classical music. He was even able to fool several Mozart experts into believing he had found a previously undiscovered work. In the interview, he said that his software could generate a hundred such pieces just over his lunch break – music that a university student might slave over for months to produce. (I know, I used to be that very student.) The interviewer wondered aloud if this made the student’s music worthless, or if the programmer’s random pieces were worthless, or neither, or both. As much as I love software and have been a hobby programmer since I was eight years old, I experienced mostly distaste at the dehumanizing nature of the Mozart symphony generator. Yes, the end result was quantifiably the same on paper and even in the ear, but I had a rather visceral reaction to the thought. Why? I couldn’t answer at the time, but now I think I could say a bit more.

According to Bonhoeffer’s analysis here, true God-like creation doesn’t just create but sustains. Generating a hundred symphonies only to throw them into the virtual garbage can in the sky is not real creation. The pieces are never loved, never heard, never rehearsed, never played. It’s not just that their source was not in some kind of human emotional experience or muse (the first point most commenters made), but that AFTER it is made, it is not sustained.

The university student talks his friends into performing his piece. He arranges rehearsals. He rewrites parts after he discovers some of the passages are too difficult for his hack cellist buddy to pull off. He directs it during the composer’s concert and studies it with his professor for hours to discuss where he succeeded and failed in his compositional techniques. He knows it’s not that great, but it’s a significant stepping stone that he keeps in his memory as he works on future projects. Sometimes he pulls out the old CD recording that was made during his recital. The power of the music fades with memory but it only really dies when he, the composer dies. The hundreds of virtual symphonies die an instant digital death in silence as the volatile memory they are sitting on is reclaimed for the next task of the operating system. Perhaps the generated music could leave the computer and be cherished and nurtured – rehearsed, performed, and contemplated. In doing so, it would be loved and sustained and become much more like the student’s hard-won creation, even though it’s origin was different. But when that doesn’t happen (and for all but a handful of the generated symphonies, it didn’t), then the creation is essentially dead on arrival. It returns to the formless void from which it was conjured.

Our house would quickly be taken over by paintings and sculptures and Lego towers if my wife and I, as parents, didn’t put our foot down and throw things away and ensure they be disassembled. It’s completely necessary. Our kitchen table is for eating meals. It cannot be a permanent Lincoln Log museum. This is a lesson that all the kids have had to learn – not to throw a fit when their creations can no longer be sustained. I remember having to learn the same myself. I think it completely natural that this be a difficult lesson to learn. We want our creations to continue because we love them. To let them go is a mature exercise. Maybe this is what God feels like when he lets us rebel and go our own way. But it doesn’t seem like God would make anything that was destined for the trash can, even as he was building it. He also seems rather keen to often rescue things from the trash can and refashion them into even better creatures than before.