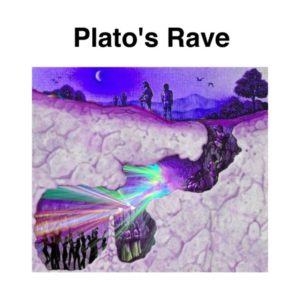 This week EDM (I grew up saying ‘techno’) artist AVICII died rather tragically. But why even talk about this guy at all? Consider his most recent hit ‘Wake Me Up’: He doesn’t sing on it – the husky vocal are provided by soul singer Aloe Blacc. In fact, Avicii (whose real name is Tim Berling) doesn’t sing at all. He doesn’t play any instruments on the recording. He wrote the tune – sort of. Blacc and frequent collaborator Michael Einziger are also listed as writers. He’s the producer. But it’s his name on the single. Why? Is that fair? Does that reflect the truth?

Yes, I think so and it’s probably more truthful than things have been in the past.

In recent years many people have expressed their dismay at the rise of DJs in pop music. “Don’t these guys literally just get up an play records? I could do that! How can we call them artists? Where are the REAL musicians – you know the ones that sing and play instruments and stuff? Who are these posers?” These are maybe legit questions, but they have a flawed premise – that these pseudo-musician/producers were not there before. In fact, they’ve nearly always been there behind the scenes, sometimes calling the shots, and often the chief creative force behind many of the pop and rock acts you know and love from the 2000s, 90s, 80s, 70s, 60s, and so forth. The producer/writer/technician has for decades been largely invisible to the public. Now though, whether through internet fan sites, the proliferation of artist interviews and memoirs, or wikipedia, the veil has been lifted higher than before and more people are aware of how the sausage is made in the music industry.

That hit song from Selena Gomez was first shopped around and even recorded with Rihanna, Ellie Goulding, and Demi Lovato first. Who ended up “getting” the song may have more to do with who was lined up to do the choreography for the music video that month than anything else. Bruno Mars may be presented as a lone talented genius, but it’s a little hard to take that idea seriously when you realized his latest single ‘Finesse’ has no fewer than eight people on the songwriting credit (Bruno Mars, Philip Lawrence, Christopher Brody Brown, James Fauntleroy, Johnathan Yip, Ray Romulus, Jeremy Reeves and Ray McCullough II). Along with this wider awareness by the audience, we’ve seen more producers come out of the shadows and name themselves as the artist rather than a proxy singer/dancer/model.

Some would say that our age is an especially artificial one, where all we consume is highly processed and contrived. Hip hop or dance music made from cut-and-paste samples on a laptop is supposedly a chief example. I wonder though if perhaps our age is sometimes less artificial than in the past. The sausage was always there, we were just oblivious to how it was made and so imagined that it wasn’t sausage but something authentic and organic. I think sometimes we still don’t want to know. We would rather maintain the myth that art comes from the descending muse and not from just a lot of hard work. Full stop. When we know better though, we’ll give things more accurate names. I think we’ll all know the names of more music producers in the coming decades, not fewer.