I finally got around to reading The Celtic Way of Evangelism by George G. Hunter. I’d seen the book recommended in various circles for the past decade. I enjoyed reading it as I do most things related to the history of the Celtic church. What the heck IS the “Celtic way of evangelism” though according to Hunter? Well, it mostly boils down to some variation of “friendship evangelism”. Sounds great on paper, but unfortunately I’d already had my own extended first-hand experience with the methodology and it wasn’t exactly positive.

I experienced a great deal of “friendship” Evangelism first-hand in college and I can’t put it any softer than to say it was false friendship. I was invited over for dinner, movies, games, out for coffee, etc. four to five times a week my entire first year of college. It was great! Enter second year. Where did all the friends go? Surprise! They no longer have time for you. They are courting the next crop of freshman. You are a sophomore now. Now it’s YOUR job to be the false friend and get another round of misfits to show up at church on Sunday. Congratulations! You’ve graduated from receiving to giving. Now, you’re on your own to build your own friendships on the side among the other people that are busy pretending to be friends with the new kids. Do it together and you might make some real friends by accident along the way. Or not.

Some might argue that what I experienced was just “friendship evangelism” poorly executed, but I think it was executed well. I think the underlying idea was broken. I think it was broken in a variety of ways, but for now I’ll just suggest one key way in which I think it probably differed greatly from whatever Columba and his monks did in west Scotland all those years ago. I think it has to do with time and expectations. We live in a frantic and fast-paced age. A college town full of transitory young people is especially so. Few people are settling down. They are just passing through. Evangelism in this context is amped up on urgency like someone who slammed far too many Red Bulls. Everything had to happen in less than 9 months or it would seemingly fail and these high-energy middle-class 18-year-old college kids would slip through the cracks! But Colomba lived in and around Iona for well over 30 years. He built slow gardens, slow houses, slow friendships and slow institutions. If he built any trust at all with his pagan neighbors (and he obviously did!) it must have been over the course of many years as they farmed and raised their families.

Modern Western economics and living condition expectations make virtually everything about how Columcille did things a complete non-starter. Health care? Forget it. Building a monastery on some nice land nobody was using? Uhhh. Raising a family? Maybe out of a VW van. Nope. This is Christianity for the poor. We are gluttonously rich and want everything yesterday or at the latest by this time next year. Let’s not fool ourselves! We wouldn’t want any part in this old, slow way.

I wondered aloud what St. Columbcille would do today if his coracle had landed on the shores of the Pacific Northwest in 2018. My wife brilliantly suggested that perhaps he would have opened a taco truck. I think she could be right. And the taco truck would be known not for handing out tacky gospel tracts with the food, but for being run by really kind people who made especially delicious tacos. 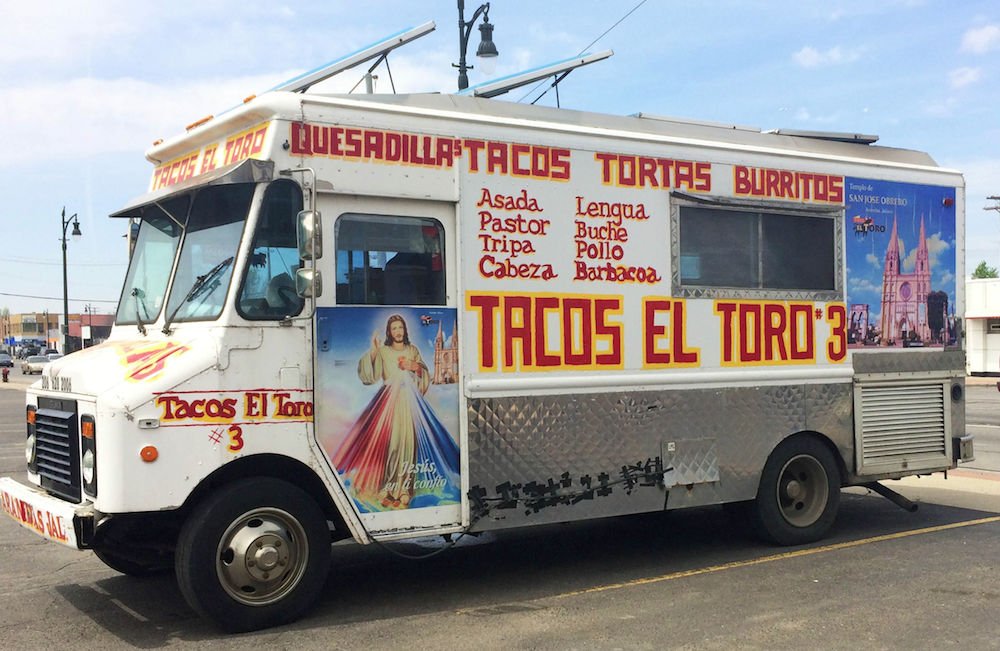