“Every sign, linguistic or non-linguistic, spoken or written (in the current sense of this opposition), in a small or large unit, can be cited, put between quotation marks; in so doing it can break with every given context, engendering an infinity of new contexts in a manner which is absolutely illimitable. This does not imply that the mark is valid outside of a context, but on the contrary that there are only contexts without any center or absolute anchoring. What would a mark be that could not be cited? Or one whose origins would not get lost along the way?”
– Jacques Derrida, Signature Event Context, p.185-86

What would a mark be that could not be cited? What idea would be impossible to rip from it’s context? Or, conversely, what thing COULD you rip from it’s context and find that it remained intact – that it brought the kitchen sink along with it – everything you needed to keep it’s meaning alive even when transplanted?

I’m not sure, but these sound like divine things to me. Has this ever been done? Perhaps in the incarnation of Christ. Perhaps at Pentecost when everyone heard Peter speaking of Jesus in their own languages. They went back to their homes in nations all over the earth, but though they only had a little new knowledge in their head, it flourished and became something much more – colored by local languages and culture, yes – but still consistent with the origin. It’s like they carried home a seed – a haunted seed with an invisible gardener attached to it. The linguistic sign was verbal and ripped from it’s context in Jerusalem, but somehow survived the journey intact through the work of an active agent, the Holy Spirit.

I know these probably aren’t anything like the categories Derrida had in mind, but they are what I have in mind when I hear his questions and I think the Gospel is the closest thing to an answer. 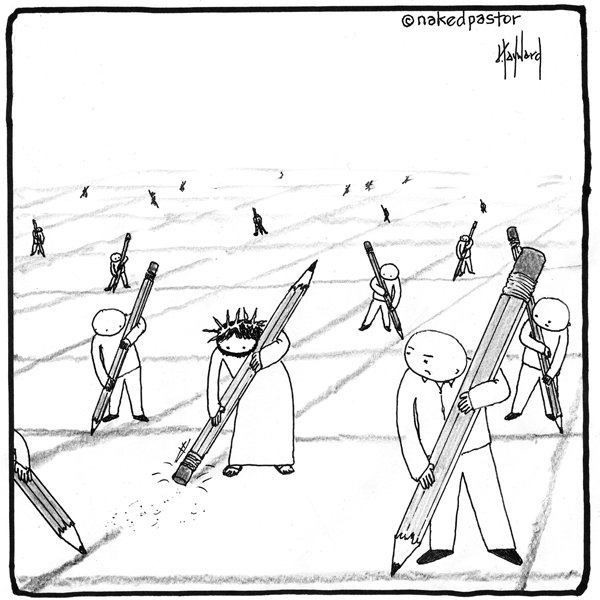