1. The Early Church was pure and unified, until Constantine nationalized Christianity. It’s all been downhill from there. We need to throw away the last 1700 years of history and get back to raw early church Christianity!

2. The Early Church was pure and unified and then things got even better as it grew into the Roman Catholic church that covered the Western world. But then some grouchy sectarian and some rotten German and English kings threw a huge monkey wrench in the whole thing with the Protestant Reformation and it’s been a mess ever since the 1500’s.

3. The Early Church quickly drifted from the true teachings of Jesus Christ and it was a mess for centuries until a super bright and prophetic teacher arose to set everyone straight! (Congratulations, you are in a cult!).

As far as I can tell though, from studying scriptures and the apostolic fathers, reality is more like this:

The Early Church was very diverse from the get-go, in language, culture, geography, and even in some finer points of theology. It also had a myriad of ongoing sin problems, which prompted many of the NT epistles, as we well know. Church leaders hashed out some of the most important theological points together, but they stayed diverse in many points of practice all over the globe, from Syria to Libya and from Rome to Ireland. They had different leadership structures, different baptism patterns, and besides being largely unified about who Jesus is, had a variety of beliefs and worship practices shaped by local culture and imagination. The well-documented medieval church in Europe tried to make itself monolithic in language and practice, but that didn’t really stick. Exploration of the rest of the earth from the 16th century onward exploded things even more and that’s where we are today. 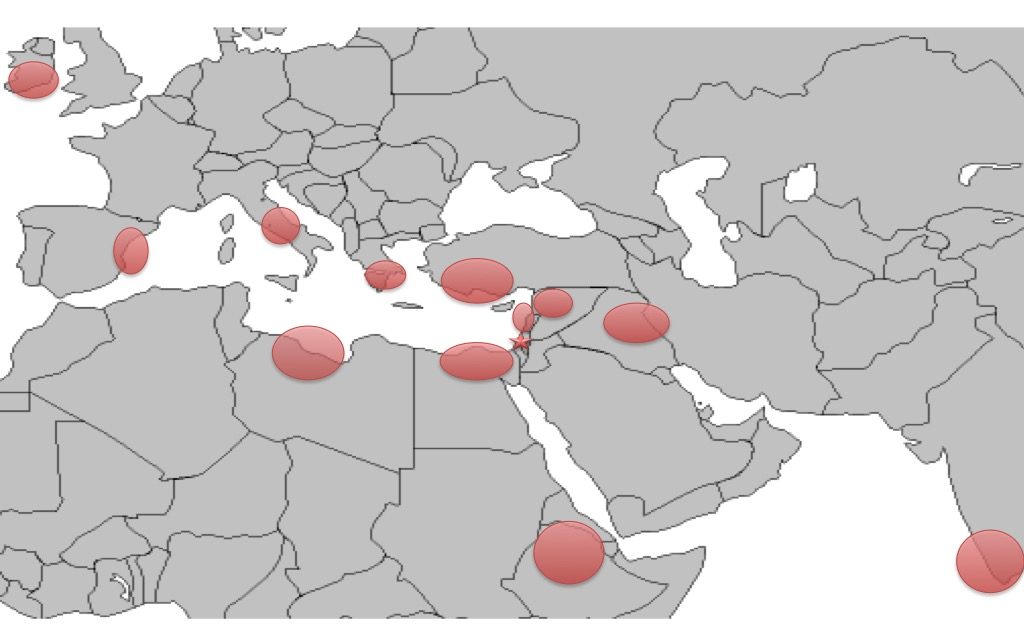 This map roughly map shows the widely diverse geography of early church communities. Imagine the implied cultural and linguistic diversity between, and keep in mind that communication was VERY slow and leadership patterns not well established at the time. Suggesting they were unified in practice is just plain silly.