Peter Kreeft mentions this in his introduction to Aquinas’ Summa. I can’t help but feel exactly the same way about books and music. There is something terribly insufficient about a hit single. The same is true for “best of” books and abridged collections. I mistakenly bought a heavily edited topical volume on Augustine. It’s proven to be almost entirely useless. I’ve fallen in love with albums, but rarely with songs. A single song may be a pretty face, but it needs a skeleton underneath it, to hold it aloft. In my mind, the studio album is still THE artistic unit of recorded music. 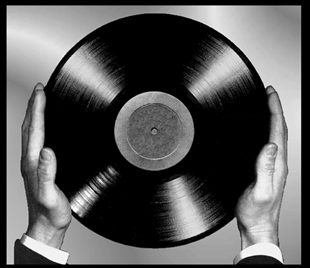 Why still so much interest in vinyl, in an age of iTunes? It’s not the thick sound quality or the retro street-cred, though those things certainly play a part. At the end of the day, I believe the real reason that listening to a whole album at a time is still the very best way to experience music. The most energy is transferred from the creator to the listener. I’ve long been a fan of the concept album. “Best of” collections are typically unsatisfying – the ideas just aren’t connected, only their distant popularity. Forget playlists – take an album and drive it into the ground.

For classical composers, (most of them working before the invention of recordings) the large-scale work or song cycle is the olde-world equivalent. The 5th symphony should be listened to in it’s entirety. Playing only the famous first movement turns it into the latest radio-ready dance hit. Would Beethoven do anything less than tear his long hair out if he knew that his masterpiece, the 9th, was nearly only ever played in sound-bite format – about a minute’s worth of the finale?

Oddly enough, this is also why techno seems so thin when it goes mainstream. A long – say 20 minute – trance mix is meant to be experienced over time. Encapsulating the highlights and running the melody through just a few iterations loses the bulk of what makes the music so entrancing in the first place. “Um, this just sounds like a drum machine and some lady singing nonsense for 3 minutes.” Why yes, that’s exactly what it sounds like if you don’t hear the entire album. It is designed, from the beginning to be a LONG experience. In fact, the medium demands that it be to have a significant effect. Pear it down and it just become cute.

Can you imagine watching feature-length movie, say The Godfather, and only seeing a highlight reel of Marlon Brando’s one-liners along with a few shots of guys getting shot up by Tommy-guns. Is that what the film is really about? Is that why it’s a classic? Of course not. You have to watch the whole thing, including the 15-minute wedding intro that contains almost no dialogue.

Why train your children in classical music? I don’t believe its status as high-brow art makes it superior musically or culturally. Perhaps the most valuable thing to discover (the younger the better) is to learn to love LONG things. Love, marriage, raising children, and (to some degree) building a house or a business – these are looooooooooooooong things. They “contend with time” as Kierkegaard says. How can one develop the patience to discover all the things that are enjoyable about them? Not by soaking yourself in sound-bites and ring-tone length creations. If you can’t stand Bach, go listen to some long progressive rock epics (although you’ll find these are often full of Bach too). The length is absolutely essential to it’s being. At the same time, it can’t be TOO long. A book. An album. A sculpted figure. A complete visual scene. These are the most effective and satisfying units of art.