After discussing this particular topic with my wife, I came up with a few more things to add.

Because 100% polish is the norm, for one to be considered “honest” online now does not require much honesty. You don’t have to air all your dirty laundry and balance the good equally with the bad. Just a little bit of bad, a little bit of failure admissions, sprinkled here and there, is enough to season the entire life. On reflection, it seems that all of my favorite authors and bloggers do this. It seems to me that negative news is much more potent. Very much of it and you become just a downer and a whiner. (For reference, see cable news.) A little bit of it though is required to flesh out the persona. A sparkling person is cold and unapproachable. A blemished one can be warm and relatable, while still being very interesting and in fact, excellent.

Another question that is bound to come up when discussing the “sanitized” persona we make for ourselves online is “Well, haven’t people always done this since the beginning of society – put a fake best face forward?” Isn’t that what manners are? Isn’t that what makeup is for? Only the most socially inept and the insane cannot hide their flaws in public to SOME degree. We all actively do so all the time. How is doing it online any different? What is the point of even drawing attention to it?

(Before and after makeup photo.) 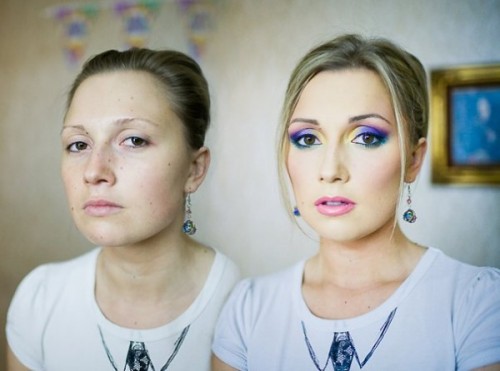 Certainly. When you are on a date with a young woman, you don’t bring up the colonoscopy you had to have last week. (Actually overheard this once in a restaurant.) When in a job interview, you don’t talk about how your current manager is such a dork. When you are at church and someone asks what you did this weekend, you might mention the responsible things such as mowing the lawn or taking your son to a baseball game. You leave out the part where you vegged in front of the TV for the better part of the day. Isn’t this the same sort of artifice we construct online with the carefully chosen words on our blog’s “About” page? Yes and yes.

So who cares? I think what is different about our sanitized online profiles is the lack of all the nuances you pick up from knowing someone in close proximity to you. The digital filter is much more thorough and powerful than what we can provide ad hoc, on the spot in our day-to-day interaction.

Consider the man with a bad temper. He may be able to control it most of the time, but if you are around him every week for years on end, sooner or later it’s going to come out. He is going to make a big stink about something and look terrible, at least for a while. You won’t quickly forget. Online though, he can scream and rant, then sit down and write a peaceable email back to his debate opponent or cantankerous mother-in-law. Nobody knows of his outburst except those within earshot.

Consider the overweight woman. People look down on her as lacking self-control, even if it’s entirely a case of unlucky genetics. She may be godly, kind, and extremely intelligent – perhaps even a world-class expert on some topic. In person, she has an uphill battle to be taken seriously by her audience. Online though, she has picked a nice head-shot for her profile and her clever writing speaks for itself. Everyone that knows her in person can’t help but be aware of her size. Online, it’s almost completely hidden. It’s worth noting that an unusually short man faces many of the same troubles as a fat woman.

Hang out at the bar every other night? All your neighbors know it. Online? Unless you “check-in” at the watering hole with your phone, nobody has any idea. Live in a 4000 sqft. McMansion? Post lots of pics! Live in a trailer park? Don’t! People won’t miss what they never saw in the first place. Just saw a pricey show on Broadway? Tweet all about it! Just got passed over for a promotion at work? Skip it. Your offline friends will ask you why you look sad. Your twitter followers won’t. The ability to draw attention to particulars in your life or sweep them under the rug is GREATLY enhanced when you can choose to be known via a sculpted web page.

At this point, I’m not even going to try and make a case that this phenomenon is a good or bad thing per se. I think it is worth drawing attention to the fact that it exists though. Why? Because it can help you keep envy in check. You can practically assume, 99% of the time, that when you see someone online who seems to have it all put together – they don’t. In fact, their life could be a complete disaster. Don’t waste your time being jealous of their European vacation. Their teenage son could be in rehab, their husband cheating on them, and their sister in the hospital with cancer. You might never know because all their Twitter feed has in it are some nice pics of Italy. 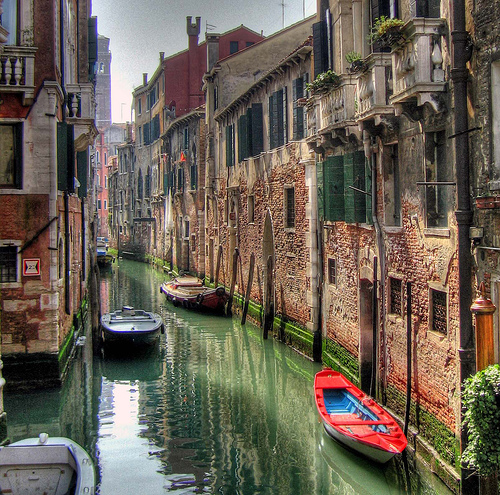 Wow, that guy writes so much better than me. He’s so much smarter than I’ll ever be. Why do I even have a freakin’ lit blog anyway? What’s the point? Despair! Really though – this sort of thinking is terribly destructive. You have to separate the person from the object. You need to separate the rock star from the music. One thing that can help is when the person you are observing is drawn back to earth when their failures are made known. Kudos to those humble enough to make them known. For those who don’t – realize they are there all the same, just invisible. God loves them. God loves you. You are not told anyone’s story but your own (says C.S Lewis). Be careful listening to other people’s stories online. They may be so covered in makeup as to be from another planet and utterly irrelevant.