Well, way back in first century, about AD 33 (give or take a few years because our calendar is a bit off), something really strange happened. This strange event was unprecedented. Nobody had ever heard of anything like it. There had been stories about people coming back from the dead before, but they were always part of myths – fantastic tales that very intentionally and obviously blurred the lines between reality and fiction. This man Jesus of Nazareth coming back from the dead was something different. All the people that talked about it were stone-cold serious. They weren’t kidding or hyping it up. Today, people talking about religion will often group the bible in along with the Iliad, the Odessy, the old Hindu Vedas, Native American stories about the Coyotee spirit, etc. But they couldn’t be more different, especially the New Testament. When Matthew, Mark, Luke, John and Paul talked about Jesus coming back from the dead, they talked like people giving real eye-witness accounts of this man they knew being executed and then blowing the door off his tomb for real a few days later. The other writers of this time, like Josephus the great Roman historian from the first century, and Tacitus and few years later, talk about Jesus coming back in very matter-of-fact language (even if they themselves were skeptical). In fact, as exciting as the resurrection is, the gospel accounts are far too boring to be considered myth literature.

Not only are they stone-cold serious, but many of the gospel accounts feature elements that anyone trying to sell the story would NEVER include. For example, the first people to the tomb, who later tell everyone the news – who was it? A bunch of women. This wasn’t the 20th century, this was eastern antiquity. Women had no rights back then. Their testimony was no good in court. They were 2nd class citizens in about every possible way. If you were trying to explain that Jesus came back from the dead back then and you actually wanted someone to take you seriously, the last thing on earth you would do is start telling about how a bunch of ladies were the first ones to talk about it. Gee, it’s almost like the story is told that way because they were just recording what happened that day and not trying to spin it.

But all I’m talking about is some of the written accounts we have from back then. Does any of this prove that Jesus came back from the dead? Of course not. In fact, I think it is folly to pretend like they do. Some Christians, with very good intentions, have tried to “prove” the resurrection of Jesus using a lot of archeology and quasi-scientific psychoanalysis of the apostles. The problem with this approach is it let’s the modern secular scientists ask all the questions. They get to set the terms of the debate and they will make certain that just throwing bible verses around is going to look silly. If you want to talk about the historical truth of Jesus’ resurrection, you are going to have to admit the limitations up front ask some different sorts of questions. Going into more detail on this would be something to do in an apologetics class.

You don’t even need to be a scientist to understand that dead people stay dead. This man Jesus didn’t though, or so somebody says. More amazing still, is the impact this news had on the world in just a few short years.

Let me read to you a passage from Augustine, written in his book The City of God about the year 426 AD:

What is really hard to believe, for anyone who stops to think, is the way the world came to believe. The fishermen whom Christ sent with the nets of faith into the sea of the world were men unschooled in the liberal arts and utterly untrained as far as education goes, men with no skill in the use of language,, armed with no weapons of debate, plumed with no rhetorical power. Yet, this catch this handful of fishermen took was enormous and marvelous. They hauled in first of every sort, not excluding those rare specimens, the philosophers themselves.

What the little group of skeptics must explain is why they still hold out so blatantly against a whole world of believers who have an explanation of their faith. The world has believed this insignificant group of lowly, unimportant, and uneducated men precisely because the divine character of what happened is more marvelously apparent in the insignificance of such witnesses.

There are several things to notice here. When Augustine wrote this, much of the world he knew was full of Christians. There were not so many skeptics, so it was a bit easier for him to ridicule them and say, “So you are soooooo much smarter than, who? Just about everyone?” Actually, in the world today, there are places still like that. Countries like Ethiopia and Uganda are over 80% Christian. Millions of people and only about 1 in 5 you meet on the street does NOT believe in the son of God. The same goes for large areas in Latin America, such as Ecuador. Here in the U.S., unless you live in the Bible belt region, it’s more like the opposite. Only 1 in 5 people you meet on the street takes Jesus seriously. Here in the Pacific Northwest the number is closer to 1 in 10. In some parts of Europe there are even fewer believers like us. 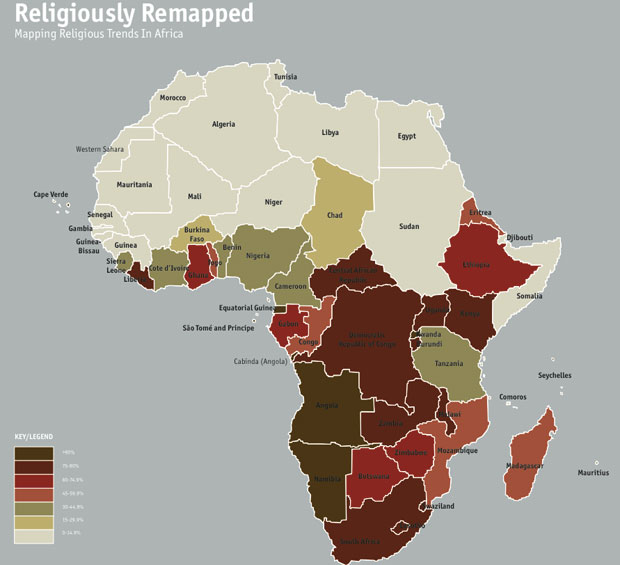 Still, notice that Augustine calls the resurrection of Jesus Christ and “incredible” event. It really is unusual. So why does everyone believe it? Because the people that told the message were really clever? No! They were a bunch of stupid fisherman. There were unschooled blue-collar workers. Were they rich and powerful, disseminating their weird religious ideas by making a lot of calculated back-room political deals and brainwashing people by controlling all the TV channels? No! The apostles and early followers of Jesus were mostly poor country bumpkins. There were a few rich an influential people number among the early Christians, but they often had to keep things on the down-low so as not to rile up the secular authorities.

So why should anyone believe this stuff? Well, we believe that the Holy Spirit works invisibly in our hearts and minds so that we trust in this good news. God, our maker, knows it’s EXACTLY what we need to hear and when we do hear it, our eyes light up and even if we can’t articulate it or talk about it very well, we recognize that it is PRECISELY what could save us from this painful mess of guilt and death we are stuck in. More on that later.

Some of you may be sitting there right now thinking, “You know, I really don’t care so much about this science and history. It doesn’t shake my faith. I believe in Jesus because I’ve met him for real. I’ve heard him speak to me before. Sometimes when I pray, I can feel him next to me. Trying to tell me Jesus isn’t alive would be like trying to argue that the sky isn’t blue. God is very, very real to me, first hand. It doesn’t feel that way all the time of course, but it has often enough that I don’t really doubt it.”

You know what? If you can give a testimony along those lines, that is wonderful. I am glad that you experience His presence in such a way. That is the holy spirit interacting with you. Honestly, there have been moments like that for me too, thought I wouldn’t say it’s been the regular day-to-day experience for me. For some of us, part of our faith and part of our relationship with God is thinking these things through. We can’t rest until it makes a certain amount of sense to us and that takes time and often a lot of work. I like how one Christian thinker, Robert Hammerton-Kelly puts it: “The right explanation can help heal a mind distressed beyond endurance by events whose significance it cannot grasp.”

What I’m saying today may be of more benefit to some of you than to those who have experienced Christ in a more mystical and personal way.