I’m not a Roman Catholic myself, but I certainly consider them my brothers and sisters and so I am following the election of the new Pope that started today. I was sad to see B16 go. He was a straight-shooter and a smart cookie. I’m glad he decided to retire though rather than be too weak to lead for the next (who knows?) ten years. 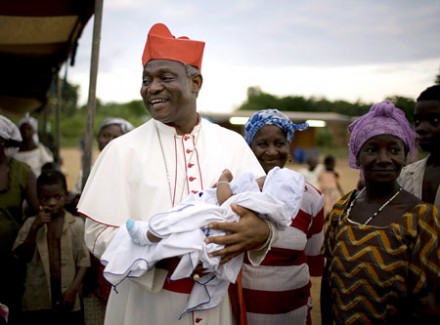 My vote for the new guy? Peter Turkson from Ghana. I know he’s a long-shot, but I think a black African pope would be pretty cool. His election would silence many centuries of criticism. From what I’ve read of the guy, he seems to have his head on right. He also speaks six languages – not too shabby. Still, I think we’ll probably have to wait another generation or two before we see something like that happen. A Pope from Latin America would probably be more appropriate right now. I’d cheer for that too.