Why am I attracted to Anglicanism? A friend asked me this last week and expected some substantial answers. This is just a rough and quick explanation – not a careful apologia.

1. Sacrament central to worship.
The Lord’s supper is the high point of the worship gathering, not some man up on the platform yacking. In contrast, the guy in charge is at the center of non-liturgical worship today. The pulpit is the centerpiece of the architecture rather than the table. If the guy in charge is a great speaker and MC, then things go astonishingly well. If he’s having an off-day, things crash and burn. Not so when the Lord’s table is the high point. Good day or bad, clever leaders or not, it just works. God meets us in the bread and the wine. You can’t really screw this up too terribly. It’s the same every week and Jesus has promised to meet us in this fashion. Now, there is still a guy leading the thing up front, but whether he does well or not has little effect on the most important part of the service. This is a more stable and trouble-resistant form of “the main thing that happens on Sunday morning”.

2. “via media” theology.
The middle way. No a**holes allowed. You HAVE to get along with each other. Over and over on a hundred different topics, the Anglican way is to find a happy inclusive middle way WITHOUT straying from historic orthodoxy. Throwing out everything their great-grandparents held dear is never an option. Neither is ignoring the future. So they have a high view of grace and hold to a Calvinism-lite kind of soteriology, but not so tightly that they have to kick people out over the finer points every five minutes (ala Presbyterianism.) They are liturgical and hold to an ancient form of worship, but are flexible enough to accommodate local languages, customs, new prayers, new music, and even guitars(!) On gender issues, they strike a balance too with women being allowed to serve in most capacities, even as priests in some cases, but usually not as bishops. They, in my opinion, keep many of the best parts of Catholicism intact while stealing the best of the Reformation.

Of course there are always elements within trying to push the ship one way or another: The Anglo-Catholics want to have one foot in Rome, the Episcopalians want to sell the whole farm to the liberals, the Africans skew heavily Charismatic, but the core, the default, is to always be looking for that middle ground while also staying true to scripture. It doesn’t always work, but it works a lot of the time and I like it. Sometimes there is schism, but it’s not the first or even second thing on the table. (Leaders of recently-formed groups who spent the last ten years ridiculing Rowan Williams just cannot fathom this idea.) They have a long history of cool ecumenical optimists like Martin Bucer and of great irenic apologists like Richard Hooker.

3. Global Connection
Despite the name, Anglicanism is not limited to England or the English language. There are about 37 million Anglicans in Africa, far more than in Britain. They are all over the place and allow for local variation. Where many other Christians have a long history of missionaries forcing new converts to change their language and liturgy, Anglicans have often been first on the ground translating the bible and the Book of Common Prayer into the native tongue. Everyone does that now, but some have been doing it for far longer. Colonialism may have had many dark moments, but there were bright points. When the Spanish Catholics conquered Latin America, everyone had to learn Spanish, pronto. When the British set up a colony in Kenya, a Swahili bible was quick on its heels.

I also admit a desire to be connected to a larger tradition with a deeper history. The church I grew up in (Conservative Baptist) was founded in the 1940s and has only about a quarter-million members. The church I was part of in college was independent, though it at once time considered joining the Foursquare Gospel Church. That goes back a little further to the 1920s, though it has 8 million members. The Anglican communion goes back to the 17th century formally, but much farther back in many regards, still claiming apostolic succession. It has 80 million members worldwide. I don’t question the legitimacy or orthodoxy of these smaller Christian groups at all. They are all deeply connected to the past too, though it may not be part of the story they tell about themselves. I just want to acknowledge that connection more. I’m not part of the hot new thing, but I’m part of the best old thing. Jesus is making all things new. 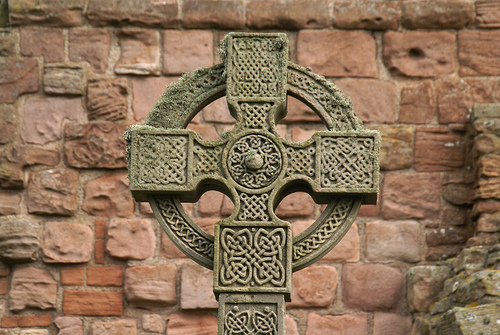