These don’t really stand up as their separate posts, so here they are with just a bit of commentary. Bold emphasis is mine. The chart is barely related. 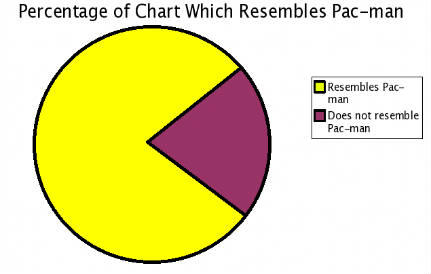 That logic demands things be zero or one, utterly true or utterly false assumes that no persons, no humans live in it’s realm. Mathematics, often considered the most purely abstract of the sciences still does not often talk in such terms. Here, Polya accurately describes the continuum:

Let us imagine that our confidence in B changes gradually, varies “continuously.” We imagine that B becomes less credible, then still less credible, scarcely believable, and finally false. On the other hand, we image that B becomes more credible, the still more credible, practically certain, and finally true. If the strength of our conclusion varies continually in the same direction as the strength of our confidence in B, there is little doubt what our conclusion should be since the two extreme cases (B false, B true) are clear. (p.24)

What’s the first step to really solving a problem? Taking person ownership of it. How do you know you have done that? Easy. It’s obvious to everyone around you.

A problem becomes a problem for you when you propose it to yourself. A problem is not yet your problem just because you are supposed to solve it in an examination. If you wish that somebody would come and tell you the answer, I suspect that you did not yet set that problem to yourself in earnest. But if you are anxious to find the answer yourself, by your own means, then you have made the problem really yours, you are serious about it. Setting a problem to yourself is the beginning of the solution, the essential first move in the game. It is a move in the nature of a decision.

You need not tell me that you have set that problem to yourself, you need not tell it to yourself; your whole behavior will show that you did. Your mind becomes selective; it becomes more accessible to anything that appears to be connected with the problem, and less accessible to anything that seems unconnected. You eagerly seize upon any recollection, remark, suggestion, or fact that could help you solve your problem, and you shut the door upon other things. When the door is so tightly shut that even the most urgent appeals of the external world fail to reach you, people say that you are absorbed. (p.145)

You have a plan of a solution to your problem. Is it a good plan? Here is a handy checklist from Polya. Think about your solution and check these off to gain more confidence in it. If you can’t check very many of these off, then you should probably work on it some more to make sure it is really any good.

This passage is really worth considering, especially with regards to education.

To a philosopher with a somewhat open mind all intelligent acquisition of knowledge should appear sometimes as a guessing game, I think. In science as in everyday life, when faced by a new situation, we start out with some guess. Our first guess may fall wide of the mark, but we try it and, according to the degree of success, we modify it more or less. Eventually, after several trials and several modifications, pushed by observations and led by analogy, we may arrive at a more satisfactory guess. The layman does not find it surprising that the naturalist works in this way. The knowledge of the naturalist may be better ordered with a view to selecting the appropriate analogies, his observations may be more purposeful and more careful, he may give more fancy names to his guesses and call them “tentative generalizations,” but the naturalist adapts his mind to a new situation by guessing like the common man. And the layman is not surprised to hear that the naturalist is guessing like himself. It may appear a little more surprising to the layman that the mathematician is also guessing. The result of the mathematician’s creative work is demonstrative reasoning, a proof, but the proof is discovered by plausible reasoning, by guessing.

If this is so, and I believe that this is so, there should be a place for guessing in the teaching of mathematics. Instruction should prepare for, or at least give a little taste of, invention. At all events, the instruction should not suppress the germs of invention in the student. A student who is somewhat interested in the problem discussed in class expects a certain kind of solution. If the student is intelligent, he foresees the solution to some extend: the result may look thus and so, and there is a chance that it may be obtained by such and such a procedure. The teacher should try to realize what the students might expect, he should find out what they do expect, he should point out what they should reasonably expect. If the student is less intelligent and especially if he is bored, he is likely to produce wild and irresponsible guesses. The teacher should show that guesses in the mathematical domain my be reasonable, respectable, responsible. I address myself to teachers of mathematics of all grades and say: Let us teach guessing! (p.158)

Even the best School of Education has not yet succeeded in producing the marvelous teacher who has such an excellent training in teaching methods that he can make his students understand even those things that he does not understand himself. (p.160)

Qui nimium probat, nihil probat. That is, if you prove too much, you prove nothing. If you prefer a French sentence to a Latin saying, here is one: “La mariee est trop belle”; the bride looks too good. (p.162)

If your plan appears to superficially solve all problems, it is likely not a very good plan. When pushed on particular points, it will almost certain not stand up. Complex problems nearly always have relatively complex solutions.

This reminds me of a quote by H.L Mencken:

“For every complex problem, there is an answer that is clear, simple and wrong.”

I tried to describe what this book was about to a colleague. I think it, especially the final chapter,  is an exercise in tearing apart intuition and and finding that each tiny step makes complete sense from a probability standpoint. Polya at one point uses an example of a priest who walks by a dice player in a town square in Italy. After the gambler throws boxcars 5 times in a row, the priest curses at the man and accuses him of cheating. He began by truly thinking the best of the man, but this was eventually overruled by the occurrence of what was almost certainly impossible. He dissects several other situations such as evidence of a murder presented in a courtroom and breaks each step down into numbers. We make these jumps very quickly in our heads, but that doesn’t mean they can’t be articulated mathematically. The point is that the reasoning behind intuition is generally sound and that we can use it to make good guesses for a starting point when solving problems.

One final word: The first book in this two volume set (Mathematics and Plausible Reasoning) was a lot more interesting. This one had a lot less prose and many more raw math examples, most of which I just skimmed.