This morning at church while everyone was waiting to receive communion, my 5-year-old daughter asked me a question:

Her: Daddy, did God make everything?

Me: Yep. He made the whole world and everything in it.

Her: He make bees?

Me: Good question… Well, that’s just how bees work. That’s what they do. But it’s OK. Even if they hurt sometimes, later they won’t hurt. God is going to fix everything broken with the world, just not quite yet. Even though there is some bad stuff right now we trust him that it will all be OK.

It seems to me that any working solution to the problem of evil has to take time into account. People ask angrily, “If God is so good, why did he let me son die?” Good question. It’s obviously because God isn’t really in control of everything, right? Well, only if you assume that if he was he would immediately wipe everything evil from existence, including our own memories of it, like some kind of angelic Men in Black agent retroactively putting things back as if they never fell off the shelf to begin with.

OK, maybe, but that is just one rather narrow conception of how a creator could fix his creation. It’s the way someone who watches a lot of movies involving time travel might suggest God make everything right. But God isn’t like Dr. Who only with a 2-ton sonic screwdriver. According to what we Christians consider his special revelation, his stories work out a bit differently. They take time – many lifetimes of men to complete. It ends with a resurrection – a bringing back to life of those taken by death that is so dramatic, it will make the day of their perishing seem like small potatoes.

He doesn’t erase our memory through induced amnesia, but by overwhelming it with a glorious future. Today we ask, “Where O death is your sting?” and Death speaks right up and says, “Right here sucka! Boom.” But THEN, we will ask the same question (1 Cor. 15:55) and Death will reply with nothing more than a half-hearted mumble. So you can doubt that such a thing will ever happen and consequently live in fear and grasping for what you can get in the short term. Or you can trust the maker.

Time is the medium we exist in and He will work within that medium to restore us. When extra crappy days hit, we are tempted not to trust. All creation groans, but he will not wait forever. The ancient prophets knew this, even though they understand very little. As hard as it is, it’s easier for us to trust since we have seen (or heard) of the first key step in this plan worked out – the resurrection of Jesus Christ. The more we contemplate Him, the easier it will be to trust in the (seemingly distant) future putting to rights. 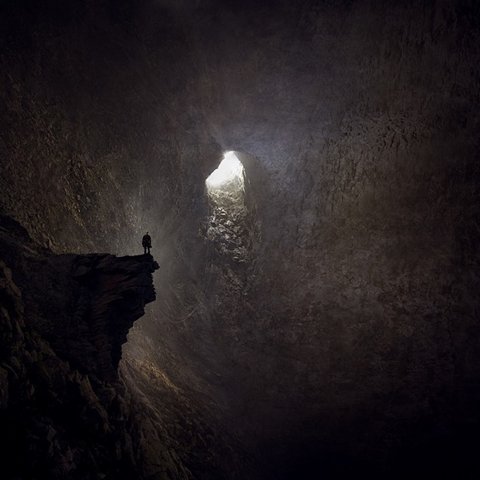