It’s not his idea, but in a recent lecture I heard N.T. Wright allude to the notion that the human mind is a like a time machine. I believe this is true and would like to reflect on that.

We do not just inhabit the immediate present, but our memory allows us to travel back and relive events from our past. We do not just store scraps of information for retrieval later, but rather our memories take the shape of our own selves and bodies and when we recall them it is like stepping into something gone that still lives inside us.

On the other side, we have imaginations that continuously conjure up the future – both in the realm of the mundane and the fantastic. In fact, I think we so readily come up and rehearse so many possible scenarios, that it’s not unusual for the future of some particular to turn out exactly as we have envisioned it. We might call this a premonition if we want to speak of things slightly spooky. The scientist imagines what it would be like to be God, but having the imagination of a man, he creates a man-shaped God. The result? A multi-verse, where mathematical decision branches create an infinite number of worlds, but each with a long chain of DNA that could be traced back and explained.

In a way, our memories and imaginations are part of our imago dei – it is a way in which we are like God. He is infinite and all the past and future is contained in him. We are finite and yet we strrrreeeetch ourselves to cover ages before and after us – reliving, pondering, creating, and trying out new stories. The first thing we are told about God in Genesis is that he creates things, and we do the same – not just in the here and now or with our hands, but in the past and future, with our thoughts. In this regard, the difference is less one of quality and kind, but one of power and reach.

Attributing the uncanniness of our memories or imaginations as the result of reincarnation is not, I believe, a far-fetched idea. Flawed and contrary to revelation of course, but not an unreasonable conclusion. Contemplating the subject will lead nearly anyone to suspect something more is going on than simply the presence of a stimuli-response machine alone in our cranium. The very fact that our imaginings are often more vivid than our immediate surroundings is disconcerting enough to make one wonder if we are inhabiting improperly limited bodies in a fallen realm. Our hope is in a resurrection and a new life, but we need someone to give it to us.

The “remembering” of God, of which we sing in the Psalms, is simply the rediscovery, in deep compunction of heart, that God remembers us. In a sense, God cannot be remembered. He can only be discovered.

Throughout the Old Testament, God tells Israel to remember His work in the past. This is not a command for them to keep certain pieces of learned information close at hand for recital, but rather an invitation to travel back in time and see the foreshadowing of their coming salvation, that their imaginations might not be darkened but sparked with hope. Many of the prophets “yearned to see what you are seeing” Jesus told the apostles (Matthew 13:17). That is, they probed the future with their imaginations, anticipating, painting possible images, filling in the sketchy details, fabricating possibilities, sometimes despairing, but then again driven to hope. They took their time machine minds to a future they could not know for certain. It is our lot to do the same for Christ’s second advent. We have been given all the right tools. Let us not lay them down in idleness with the nihilists and materialists. He has put eternity in our hearts. (Ecclesiastes 3:11) 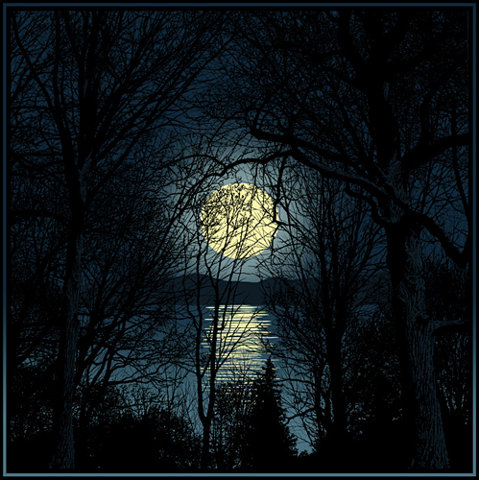