At the recommendation of several acquaintances, I recently read Richard Rohr’s Falling Upward. It starts out well. He has a sound critique of how most of our western institutions (church, university, etc.) prop up the youthful ambition of the “first half of life” but are lost at sea for what to do with those past mid-life and especially the elderly. Some of his anecdotes and ideas effectively push back against performance-driven culture and works-based religion in the same way that Robert Capon used to and that my Lutheran friends at Mockingbird continue to do. There were a few eyebrow-raising nods to Islamic and Buddhist mystics here and there, but I can appreciate this kind of eclecticism to a point. At least it’s not boring.

But it soon become boring. Rohr’s introduction is like a smattering of ideas at turns brilliant and ridiculous. The writing is like Philip Yancy on a bad day – a whiplash of barely connected thoughts changing every paragraph instead of every page or chapter. He promises early on to provide a guide through the “second half of life” in the forthcoming chapters, but all one really finds is just more introductory appetite-whetting material. Rohr loads up his shotgun shells with quotes from the early church fathers, Carl Jung, Julian of Norwich, the Dalai Lama, Thomas Merton, Sigmund Freud, Ghandi, and occasionally St. Paul. He then blasts them at the reader with the rhythm of a gamer fraggin’ demons in Doom as if it were 1993 even though the book was published in 2011. 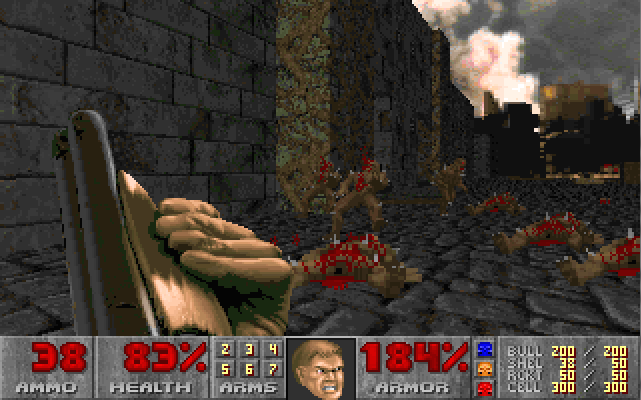 His writing is dressed up like it’s going to a Halloween party. How you say? Scare quotes. Scare quotes on all. the. things. I’ve never seen so many congregating in one place before. I counted only one place where the word “sin” occurred without scare quotes. The same goes for the word “salvation” though ideas imported from modern psychology and eastern religion apparently don’t require them:

If you get mirrored well early in life, you do not have to spend the rest of your life looking in Narcissus’s mirror or begging for the attention of others. You have already been “attended to,” and now feel basically good – and always will. This Hindus call this exciting mutual beholding darshan. Once you have your narcissistic fix, you have no real need to protect you identity, defend it, prove it, or assert it. It just is and is more than enough. This is what we actually mean by “salvation”. (p.5)

Actually, I don’t think that’s what ANYONE on earth means or has ever meant by the word “salvation”, even those on the fringe of Christianity.

In Rohr’s writing, there is no train of thought or sustained argument. It’s like a music video where the camera cuts every two seconds between a tranquil forest scene, a church full of chanting monks, a bevy of Buddhist break-dancers, and a time-lapse shot of bustling downtown Manhattan.

Falling Upward was like the B-side of a Sufjan Stevens record with a sublime melodic air interrupted by atonal electronic beeps every 30 seconds. If what Rohr is playing is Christianity, it’s been run through every stomp box that The Edge owns, all at the same time. 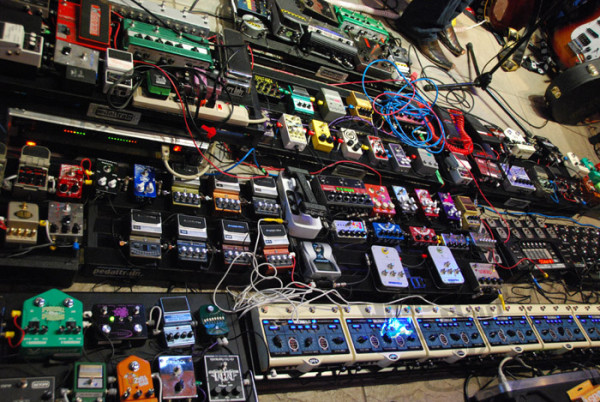 And you know what? That’s fine. All of that’s fine. If Rohr wants to make his way as a spiritual writer and self-help speaker like Deepak Chopra, I don’t have any problem with that. It doesn’t mean he can’t be or hasn’t been helpful to lots of people who have listened to him, read his works, or attended his retreats. Some of my own favorite authors and thinkers are very much not Christian at all. My only real issue is with the name he trades under. He is quick to present himself (in the first paragraph of his bio on the dust jacked) as a legitimate friar of the Order of St. Francis – a bonafide ordained Roman Catholic priest in good standing. How it is that he hasn’t been defrocked is beyond my understanding – likely due to some deeply rooted dysfunction within the RC. An Episcopal friend of mine informs me that the Franciscan order, despite it’s virtues, has long been a haven for all kinds of fringe elements and that if folks like him had been in the Benedictine order, they likely would have been kicked out ages ago. Maybe that’s it. I’m not familiar enough with the internals to know.

It is clear that Rohr’s philosophy and theology is very broad from the beginning. It has to be large enough to include Sufi Islam, Buddhism, some forms of Hindu, and even some primitive paganism inside it’s tent. In the middle of the book he recounts how elated he was when he discovered in college that the story of Abraham was actually just a myth and not real history. If only the rest of us could be so enlightened. Jesus pops up here and there in Rohr’s understanding of the universe, but at no time is the incarnation ever really necessary. Human beings have no need for a savior because the only thing we really need saved from is our own wrong thinking. He mocks “substitutionary atonement theory” (using scare quotes of course), but doesn’t invoke Christus Victor either. The reason is, Christ doesn’t apparently need to be victorious over anything. The Trinity (without scare quotes for some reason, probably a mistake) is described not as reality, but as just a helpful way Christians developed to talk about God. Rohr is a theist, but a highly univerasalist one. Not a Christian universalist like (maybe) Robert Capon was, with Jesus always at the center, but an explicitly pluralistic one.

And again, I’m fine with him being that. My chief annoyance ends up being his fluffy writing style, and his appeal to formal church authority in his credentials while abhorring dogmatic authority in all other places. He should keep the blurb from Dr. Oz on the back of his books, but bury the lead about him being a legit priest for a historically orthodox institution. I believe it to be in bad faith. 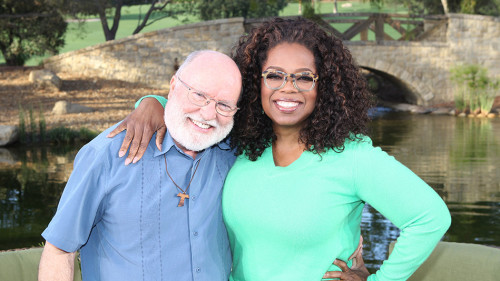 Is this blog post not a rather sloppy shotgun blast of metaphors, half-formed arguments and even silly pictures? I’m afraid it is! It’s akin to the terrible Mandarin accent I pick up after speaking with local Chinese students. Time to go try reading something else!