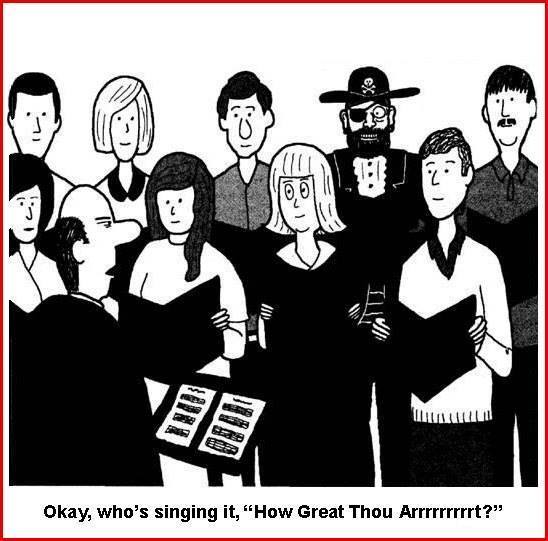 I’ve asked the question before (and here): what is an acceptable level of syncretism (mixing folk religion) in Christianity?

Syncretism, defined most narrowly would be formally and obviously mashing things up another proper religion. Recently converted tribes where local deities are still appeased is the textbook example. Some rituals of the cult of the Aztec goddess Tonantzin sometimes making their way into the veneration of the Blessed Virgin Mary in Mexico is another classic example. Much of what is often called Messianic Judaism probably fits this definition. But these distinctions are easy and the cases isolated. I’m not at all interested in this kind of syncretism.

It seems to me that there is no general escape from, as a young Christian, blending in your own preexisting beliefs (be they Pagan or secular, or what have you) with your new-found faith in Christ Jesus. An immature believer will have all kinds of silly baggage still in there from his previous years, his parent’s beliefs, and practices instilled in him by his job and cultural context. In short, we are ALL syncretists, especially at first, and remain so to some degree for our entire lives.

And because that is the case with all of us – that none of us ever holds exclusively to orthodoxy, despite our deepest intentions and our most careful crafted confessional documents, this must be, more or less, OK. I’m serious. God must be completely OK with the fact this is going on. Oh the shock! No! Wouldn’t the Lord grieve over our continuing to walk in darkness? That’s just not right! But wait. Think of it less in the abstract and with an apt analogy:

We are his children, his most beloved children. We are also rather young – not babies, but not elders. Think of your own children. Imagine your are in the shop with your ten-year-old son building a bookcase out of wood. You are doing most of the cutting, but he gets to fit all the pieces together and hammer the nails. When it’s all done and painted, you see that some of the nails are driven in crooked and protruding into the shelves in a couple spots. Do you scream at your son for his error and then smash the bookcase and throw it into the fireplace? Of course not. You know how to be a good father so you kindly point out a couple shortcomings (probably not too many – you decide not even to mention the corner that didn’t get sanded right), and move on.

The next day, your eleven-year old daughter is cooking spaghetti for the family. You’ve helped her do it a couple of times in the past and she’s excited to do it without any help this time. She browns the beef and adds the tomato sauce and salt, but absentmindedly looks at only the first letter on the bottle in the spice cupboard and adds a tablespoon of ginger instead of garlic. There are some funny looks at the dinner table later in the evening as it’s obvious something isn’t right with the sauce. But do you respond by throwing the food in the garbage and banning your daughter from cooking again until she completes a 2-year degree with Le Cordon Bleu? That’s ridiculous. It’s a learning experience. The next one will be too.

Our faith in Christ, though completely honest and stirred up by the Holy Spirit, is always muddled up with other ideas and faulty thinking about the nature of God and the world. Lots of good teaching and spiritual formation helps, but that takes time and mileage may vary. God knows all of this up front. Missionaries have often been criticized for, in hindsight, not “doing it right” when introducing Christianity to a foreign culture or little-understood people group. But geesh, somebody needed to do it! The early church was rife with pagan practices that took a whole generation or two to (mostly) root out. Read the letters to the Corinthians.

We in the modern west like to think of OUR ideas as pragmatic and scientific – not capable of mixing with religion since they are NOT religion themselves. Aren’t we clever? We are fools to think this. Our ideas about medicine, or free markets, or individual rights intersect deeply with our beliefs about the nature of God and man. They are our own folk religions that get blended with the Gospel when we try to think through problems and articulate our beliefs. If, when faced with a question, our conditioned gut-reaction is to check our iPhones for an answer (long before praying for wisdom), this too is not a wholly a-theological response.

But the Holy Spirit knows all this. Of course he does. And he is always guiding us into deeper relationship with God and greater maturity and understanding, a little bit at a time. Sometimes, branches on the new tree may take hundreds of years to bloom. That’s OK. We may think we don’t have much time, but the Lord has plenty.

And this helps explain why it seems like the Church is always in disarray. Its sheep are at all different levels of maturity. Its leaders are at different places along this journey too. Regionally the Church in China may have matured and learned some lesson that was long forgotten by the church in, say, Canada. Different modes of teaching and expression will be more effective for different people, at different stages of life, in different regions.

We’re all over the place and each new crop of children has to be brought into the faith as well. This is painstakingly hard work and we as parents can tie ourselves in knots worrying about drift. (Forget cross-cultural issues, personality differences is my own kids are challenging enough!) But God is our good Father, the Good Shepherd, and he will gently (and occasionally not-so-gently) lead us to good pastures. I think our ability to articulate and transmit orthodox belief is just not as hot as we think it is or wish it were. Syncretism, in the broad general sense, abounds, but this doesn’t mean the Church is a failure. It only means that God’s work is diverse rather than technically monolithic.

What got me thinking about all this again was this passage from Rosenstock-Huessy’s The Christian Future:

Each generation had, and still has, to be introduced to the whole painful process of rediscovery. Hence the Church has acted like an immense sponge, sucking up all childish approaches toward understanding, and deterring no one who was of good faith and on the road and still alive. No pagan, native, primitive first step was rebuked as long as group or individual remained in communion with the complete truth and its guardian, the Church. As a result, rationalists – who are a large part of the “world” in our day – are able to see this sponge character of the Church, but not the central truths toward which it drew the pre-Christian approximations which it absorbed. So rationalists reduce Christianity to a mere patchwork of prior sources, and identify a literal adult belief in the Creed with this or that childish state in its own understanding.

Truth, however, is only in those experiences that can be expressed by various ages in various ways. Even in mathematics the same truth recurs in new applications and in very different forms of statement. So legends like Santa Claus are not lies when told to children that they may understand the workings of the Spirit among us – as long as the legend waits to be told again, in appropriate terms, to the adolescent, the man, the father, the community leader. To omit the legendary form of truth is to suppress truth. As a human being, I need legend, the myth, the ritual, the poem, the theorem, the prophecy, the witness, the sermon, every one of them. The four Gospels give a model example of this rule that one truth must be expressed in different ways for different times of life. and that the whole truth is conveyed only on several such levels together.
-p.99