First I need the text of the scriptures in Oromo. Surely a quick Google search will pull it up. Nope. I searched for hours and couldn’t find a clean copy anywhere and the fragments i did find were for an old (and apparently inferior) copy from the early 90s. There is an Android app that contains the text, so I downloaded the package for it and tried to crack it open. But the text was stored in encrypted SQLite files. Dead end. After much searching, I finally found a PDF-only version of the New Testament on the Bible Gateway site. Somehow, it had totally slipped through the cracks of my earlier searches. Or maybe I was so bent on finding a plain text copy, I had ignored it. The PDF copy is still a long way from what I really need though. 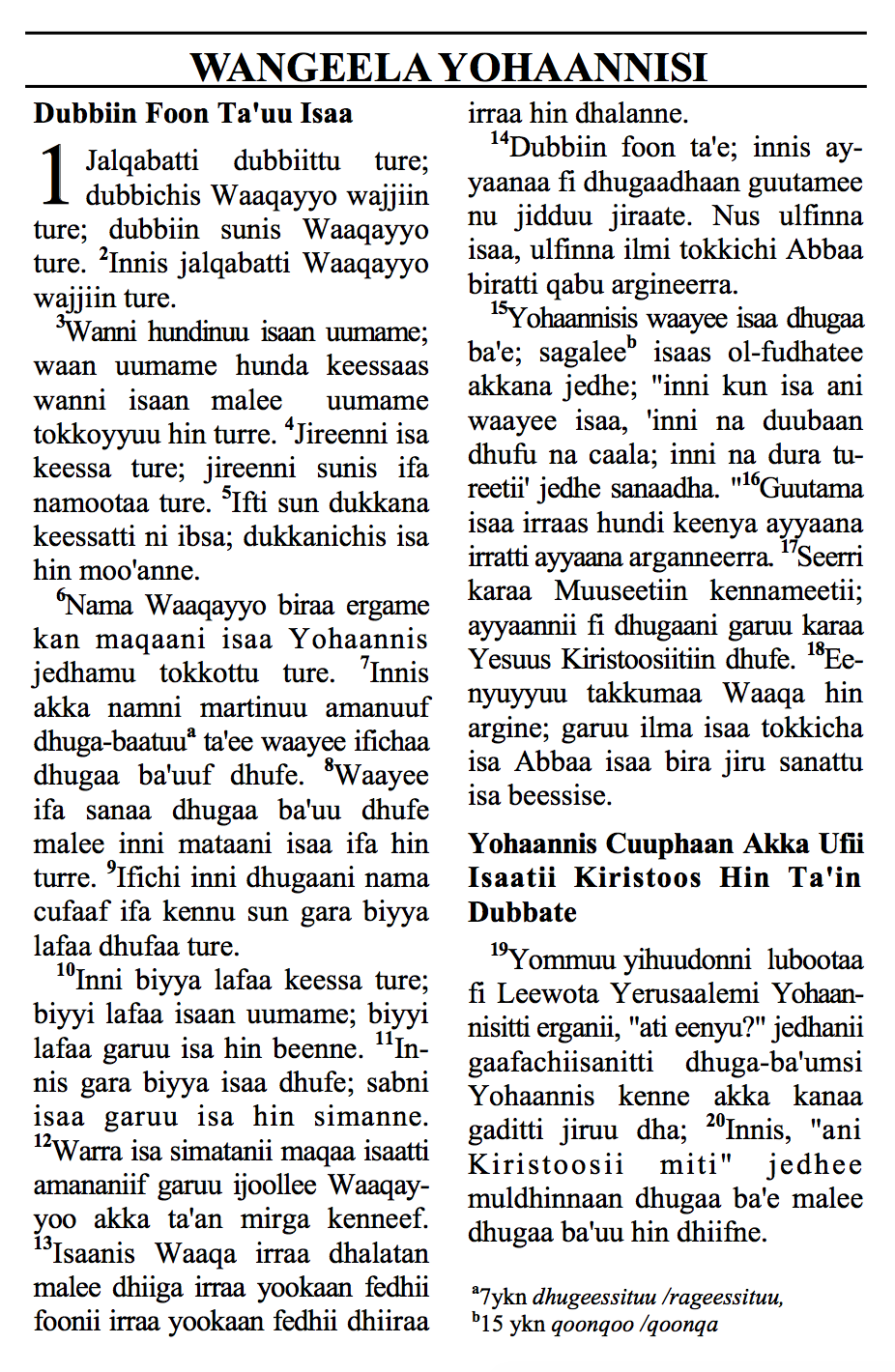 The same day that I discovered that copy, the updated version from 2006, I finally heard back from some folks at the International Bible Society. I had tried emailing and calling a bunch of different people there, but hadn’t made much headway. I ended up filling out a long permission request form with them and they think it likely that I’ll eventually be able to get the source files from them along with explicit permission to reprint the material in braille. That’s cool, but could still take months.

In other news, I’m having numerous hardware problems. Braille embossers are rather expensive (about $4000) and despite the fact that we use a lot of braille in our house, we haven’t ever shelled out the bucks for one. Someone gave us an old small one for free a while back, but I had only had limited success ever getting it to print anything without choking. I had chalked up my failure to not have the right software to talk to the thing. The most widely used software is made by Duxbury and costs another $600. This is an experimental project I’m trying to do on the cheap! That’s not going to fly. I don’t want to use the small brailler anyway since it only takes 8.5″ x 11″ paper. It would take a lot fewer pages to use the more common larger format, especially if I could print double-sided, slightly offset dots like the pros do.

Behold, a much nicer and newer braille embosser appears on eBay for only $250! It’s big and mean and even has a legit USB interface (instead of a 36-pin parallel port). We jump on it. It arrives from Texas a few weeks later, weighing all of 50 pounds. 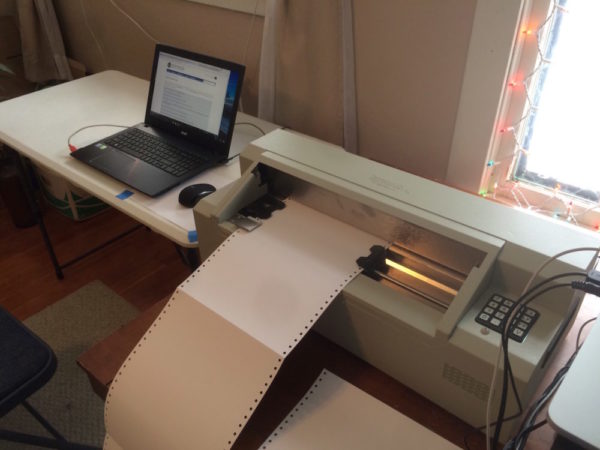 …and, it doesn’t work. Oh it tries to work. The electronic interface works and it powers up, but the page advance motor is apparently hosed and when placed in diagnostic mode, it appears only half the dot-punching solenoids are functioning. To top it off, it plays the Chopin funeral dirge melody on power-on, indicating that it’s self-test has failed for (who knows) what reason. So it makes a lot of noise, but in the end just punches the same few dots over and over. I reach for my tools, but it’s been carefully constructed to NOT be user-serviceable. I check with the manufacturer. Sounds like $500 minimum just to have someone take a look at it. I complain to the seller on eBay and he miraculously opts to take it back at no charge. Amazing! So in the end I’m not out any money, but I’m back to where I started – still not having a good way to print.

About this same time, I receive word that my friend Tafesse is returning to Ethiopia to live in Sebeta and work with the ministry there. He’s leaving in early March and will likely be there for 6 months. Of, if only I could send a first draft with him! It looks grim though at this point.