It seems to me that inductive reasoning in the mathematical domain is easier to study than in the physical domain. The reason is simple enough. In asking a mathematical question, you may hope to obtain a completely unambiguous answer, a perfectly sharp Yes or No. In addressing a question to Nature, you cannot hope to obtain an answer without some margin of uncertainty. You predict that a lunar eclipse will begin (the shadow will indent the disk of the moon) at such and such a time. Actually, you observe the beginning of the eclipse 4 minutes later than predicted. According to the standards of Greek astronomy your prediction would be amazingly correct, according to modern standards it is scandalously incorrect. A given discrepancy between prediction and observation can be interpreted as confirmation or refutation. Such interpretation depends on some kind of plausible reasoning the difficulties of which in “physical situations” begin a step earlier than in “mathematical situations.”

When you play with imaginary things, then you set the terms – you are the observer of a world in which you had a hand in writing. The world may seem to be alive and take on a mind of its own, but it does so within the bounds of the words and images you have allowed it to inhabit. The mathematician works with these sorts of things. So does the theoretical physicist, for the most part. The theologian sometimes does. It is likely he is at his weakest when doing so but it is sometimes necessary, regardless.

“Difficulties” as Polya says, start a step earlier for the person studying the natural world. You may look under your microscope and say there is no virus in this drop of blood, here, but can you be sure there isn’t one lurking in the drop next to it? You may find yourself photographing a new species of bird in the everglades and sudden find an alligator snapping at your heals. Shoot – it flew away. This guy here was trying to photograph lions. Does he understand more now? 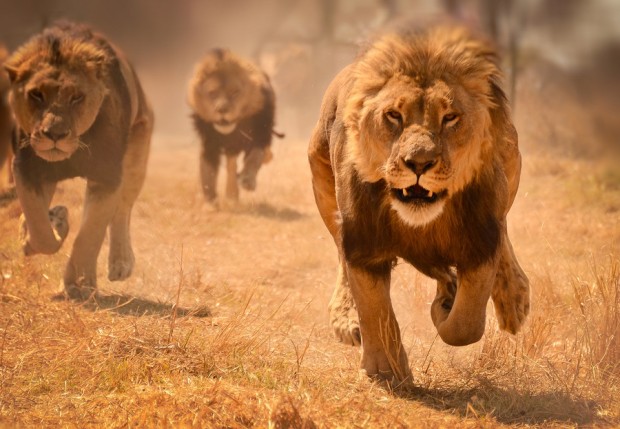 At what point did he have to stop worrying about his lens and ensure that he wasn’t about to just become a slab of meat on the savanna?

You go to dig up some dino bones in the Utah desert and find yourself baking in the sun, perhaps baking your brains as well. You study hundreds of patients with cancer and find none who line up with the mean statistic. You then treat them all and find little uniformity with their responses. It’s time to retire by the time you’ve isolated even one variable.

For parents, you learn so much raising your first child. Then you go to raise your second and discover almost everything you leaned was total junk. Then the third comes – time to throw your research and lines of thinking in the trash again. What remains is what cannot be shaken and if your wise, it will turn out to be all the same stuff the parents three thousand years ago were saying too. “Spare the rod and spoil the child” comes to mind.

At the end of the day, the computer programmer is still more of a naturalist than a “pure” theoretician. He seemingly wrestles not against flesh and blood, but with his medium which can ultimately be traced back to the hands of man, not those of God. A brilliant design takes a day to write and then another eight to secure from hackers. The perfect data storage structure your Ph.D. intern came up with is thrown in the trash when network latency is taken into account. A dynamic language seems to free one’s creativity, but then its users may find themselves so infuriated during the debugging stage they pine for a strongly-typed syntax again. Any proof arrived at by the person attempting to work in a vacuum is subject to the harsh environment. Have a nice new parallel GPU algorithm? Did you actually try it with the Windows driver? No? Forget it. Turns out you didn’t solve anything worth solving – not today anyway.

To the theologian, these difficulties can often be placed under the heading of “pastoral care”. Want to read A.W. Pink and toot that double-predestination trumpet as loud as you can? Go ahead. But then two of your children die in a car accident and you find that theodicy was just a bit more challenging than you thought. The Trinity is beautiful, but how come it’s so dang hard to explain? It would seem that nature resists its explanation. Good shepherds know this and figure out how to be gentle with the facts – not because they hate the truth but because they love people. Poor shepherds will only continue to scorn humanity, imagining God to be more like the square root of 2 than person.

This is also why the best IT person is always going to be a generalist. Someone that only cares about networking or only cares about beautiful code or only cares about uptime is ultimately not going to be able to synthesize enough different types of information to solve real-world problems and help actual people. Specialization is human because it acknowledges a person’s limited capacity. It makes room for strengths and weaknesses. Hyper-specialization is dehumanizing because it imagines man as a machine, and he is not.