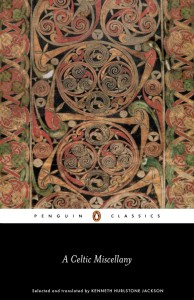 Once again, introductions are the best.

In the introduction to the 1951 “Celtic Miscellany” Penguin Anthology, translator Kenneth Hurlstone Jackson takes on the role of crusty old master throwing dilettantes under the bus at every turn.

A word must be said on the method of translation. Eighteenth and nineteenth-century taste would accept – indeed preferred – renderings which were nothing but the wildest paraphrases, at least if they were made from languages which the readers did not themselves know. The late nineteenth century favored an artificial semi-Biblical English which might degenerate into pure Wardour Street [London’s early equivalent to Hollywood]. Traces of these are still with us.

And especially further on:

The explanatory note at the beginning of the individual sections below will tell the reader something of what Celtic literature is. Here it is necessary only to take up the question of what it is not. Since the time when Macpherson exploited Celtic sources to provide a public eager for Romantic material with what they wanted, it has been the fashion to think of the Celtic mind as something mysterious, magical, filled with dark broodings over a mighty past; and the Irish, Welsh, and the rest as a people who by right of birth alone were in some strange way in direct contact with a mystical supernatural twilight world which they would rarely reveal to the outsider.

The so-called ‘Celtic Revival’ of the end of the last century did much to foster this preposterous idea. A group of writers, approaching the Celtic literatures (about which they usually knew very little, since most of them could not read the languages at all) with a variety of the above prejudice conditioned by the pre-Raphaelite and Aesthetic movements and their own individual turns of mind, were responsible for the still widely held belief that they are full of mournful, languishing, mysterious melancholy, of the dim ‘Celtic Twilight’ (Yeat’s term), or else of an intolerable whimsicality and sentimentality. Although scholars have long known, and all education people really acquainted with the Celtic literatures no know, that this is a gross misrepresentation, the opinion is still widely held.

I will freely admit to be being first and foremost captured by this romantic and mysterious “Celtic Twilight” reimagining of Irish/Scottish/British history. My first knowledge of the old peoples came from reading the liner notes to Enya’s ‘The Celts’ album – itself a collection of music composed as soundtrack for a 1987 BBC documentary, long before Ms. Brennan became a pop star (of a sort) in America. Yeats was and still is my favorite poet and Lunasa’s ‘Otherworld’ (which draws heavily on this schtick) still my favorite contemporary production of traditional Celtic music. Everyone from Tolkien to native Tomm Moore (of the Secret of Kells and Song of the Sea animated films) has chosen to mine the world of faerie rather than proper more ‘scientific’ (I almost wrote ‘faux-scientific’) history of the place.

Nevertheless, I’ve read enough of this ‘hard history’ before to know that the creativity and adventure of these early peoples comes through in their literature even WITHOUT a romantic lens. That is why I appreciated Mr. Jackson’s serious efforts to get at the earliest meanings and manuscripts in his translation work. I’ll gladly trust a (somewhat jaded) old scholar who knows at least six ancient minor languages inside out. Who alive now can claim that anyway? In the concluding paragraph, the translator writes:

The most outstanding characteristic is their astonishing power of imagination. The selections given below will, I hope, bear witness to this.

Below, just for fun, is the cheesiest looking “Celtic” album cover I could find: 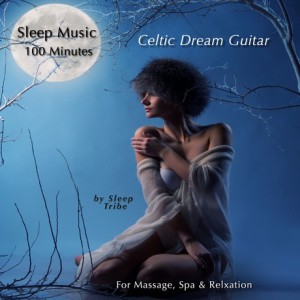